The satellite photo below was taken yesterday. The fire now threatens a dam important to the city of San Francisco's electricity supply. 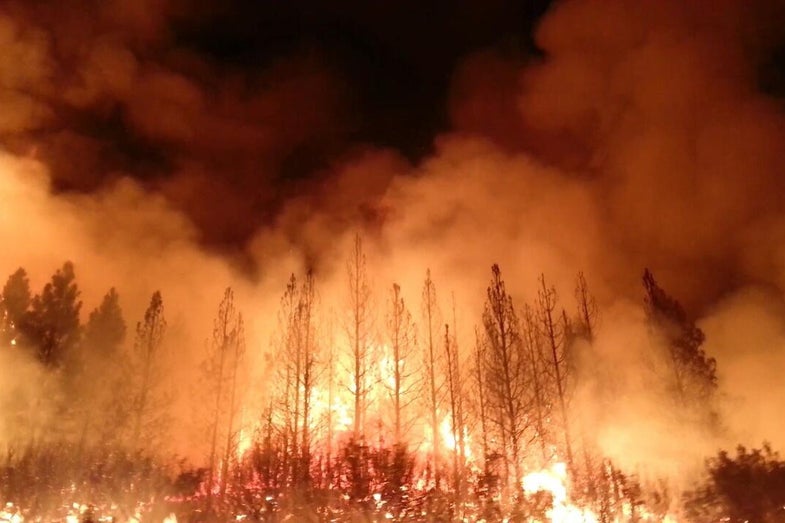 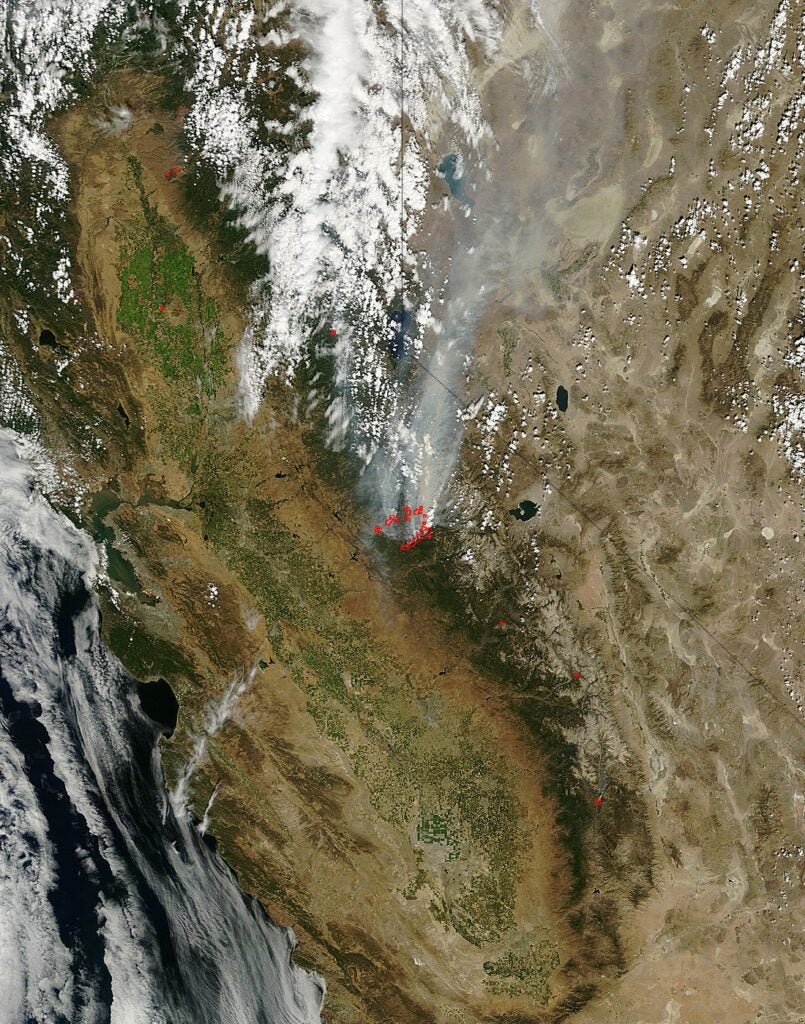 NASA’s Moderate Resolution Imaging Spectroradiometer, carried on its Terra satellite, captured this image of the enormous Rim Fire in Yosemite National Park at 10:45 a.m. local time yesterday, August 25. You can see the enormous amount of smoke coming off the fire, as well as other wildfires in the state and whiter clouds in the sky.

The fires themselves look like bright red markings someone made on the photo after the fact because MODIS doesn’t actually “see” fires using visible light. Instead, it gathers thermal data that describes where fires are, then MODIS scientists add that data to the satellite photos, which show land, smoke and clouds.

By the evening of August 25, the Rim Fire had burned 224 square miles, the San Jose Mercury News reports. The fire is large enough to create its own weather patterns, CBS News reports. Several mountain towns have evacuated and almost 2,850 firefighters are on the ground. Officials are now worried that the fire may reach the power station at O’Shaughnessy Dam and the Hetch Hetchy Reservoir, which provide electricity and water to San Francisco, 100 miles away.

There are wildfires burning all over the western U.S. right now. Thin smoke from the fires has even reached the East Coast, Wildfire Today reports, although Easterners probably did not notice it.

Climate Central has a good explanation of how global warming is expected to increase the risk of wildfires in the West.