An Obama Administration act will phase in some school meal changes this year and next. 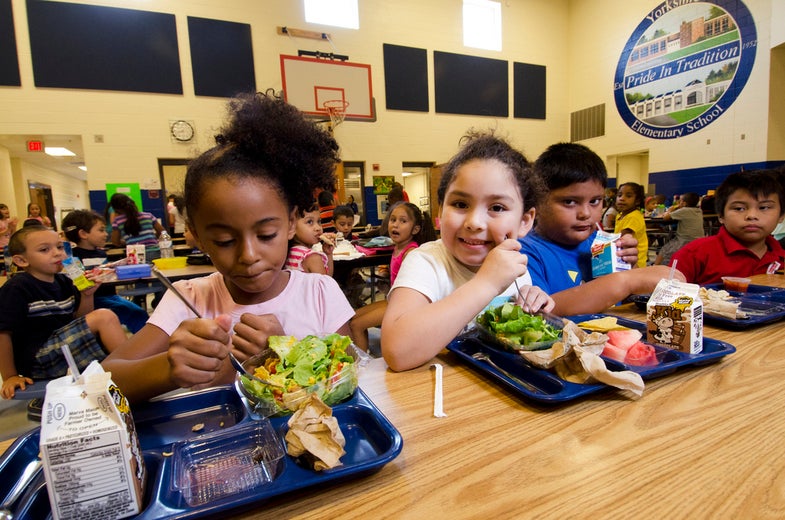 Is that a whole-wheat pancake on your tray? When U.S. kids head back to school this fall, they’ll see some changes to their school breakfasts, lunches and snacks, Time reports. A few pieces of legislation, signed a few years ago but only now coming into effect, will bring school meals better in line with national nutrition recommendations.

Time has the details, but here are some highlights:

The changes stem from the Healthy, Hunger-Free Kids Act of 2010. Lawmakers wrote the act to come into play slowly so that schools could figure out ways to adjust to altered revenue streams and otherwise make the changes they need. You can see documents related to the act and a sample before/after elementary school lunch menu.