100 Years Of Meteorites In An Interactive Image [Infographic]

More meteorites have crashed into Earth than you expect, probably 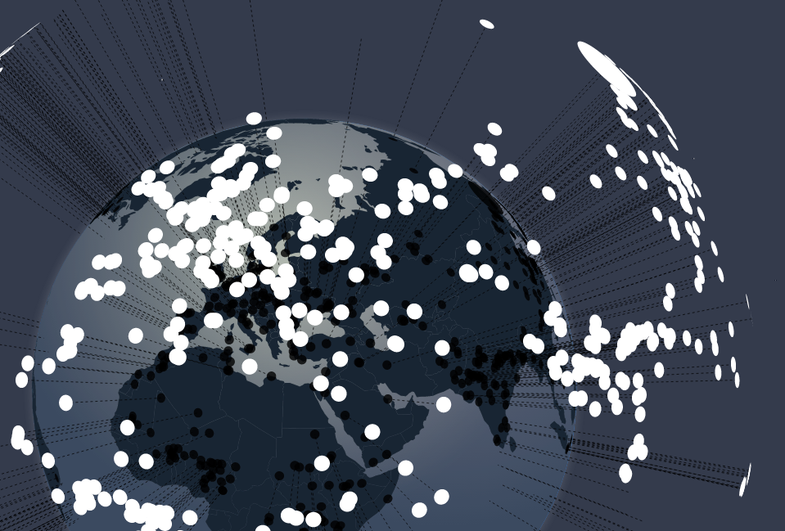 This interactive infographic, from designer Sebastian Sadowski, charts 100 years of meteorites, mapping them by where they fell and when. You can explore the number of meteorites that fell in India over the past century, then see how that stacks up to Brazil. Or, if you’d prefer, you can look at a specific timeframe, be it a year or 100 years (Mexico apparently had a run of meteorites falling in the late 1970s).

We’ve seen awesome meteorite visualizations before, but putting the meteorite strikes on a globe really shows how widespread they are. In fact, it’s hard to find a spot that hasn’t been touched by meteorites at some point in the last century. For example: think you’re safe on the 7,000-mile square island of New Caledonia? Nope. A tiny meteorite struck in 1936.