Tiny Poisonous Trees Could Fight Climate Change In The Desert

Like something straight out of Dune, but the boring, terraforming parts. 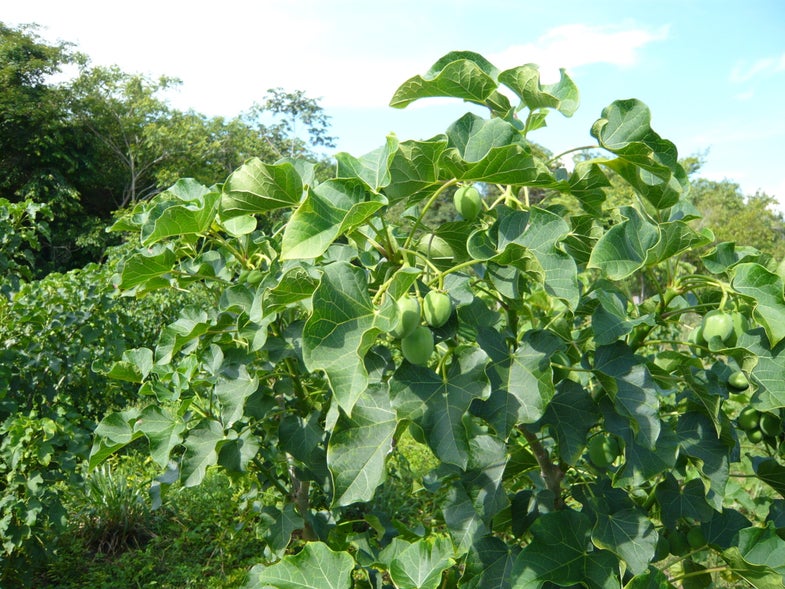 Five German scientists have proposed a new strategy for mitigating the effects of climate change: turn coastal deserts into forests. Why? Forests, full of trees that consume carbon dioxide, are a great bulwark against the gas most responsible for global climate change. Deserts, with their lack of plant cover, are terrible at doing the same thing.

Key to this process is carbon sequestration. Plants sequester some of the carbon dioxide they breathe in, storing it in their branches and trunk and roots, as well as depositing some in the soil they live in, offsetting somewhat the carbon dioxide increase in the atmosphere.

Short, poisonous, and hardy, the Jatropha curcas tree can survive severe heat, poor and alkaline soil, and very low rainfall. It also produces a seed rich in an oil suitable for use as sustainable and environmentally-friendly biodiesel fuel. The paper suggests planting Jatropha curcas in the desert along the coast of the Arabian Peninsula, setting up a desalination plant to provide the water needed for irrigation, and then letting the plants start sequestering carbon and eventually producing biofuel. 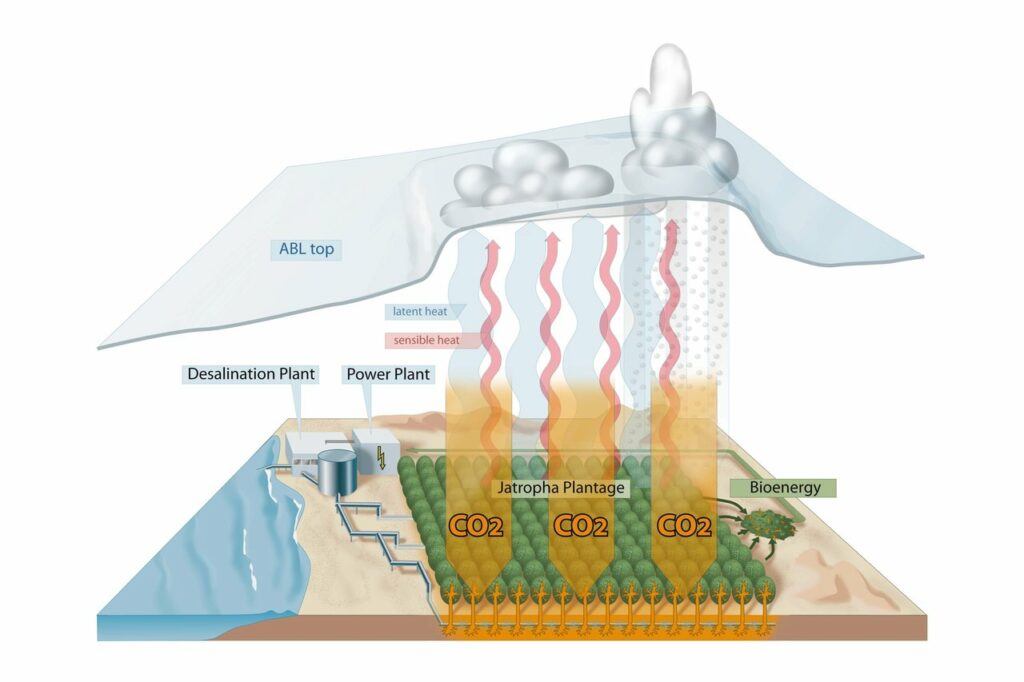 A potential unintended side-effect of such a project is a chance of increased cloud cover and rainfall. Something to consider carefully, because as we’ve seen time and again, tweaking with ecosystems can have very unexpected consequences.

The study appears in the journal Earth System Dynamics.