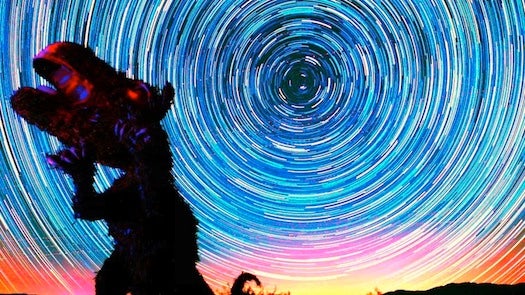 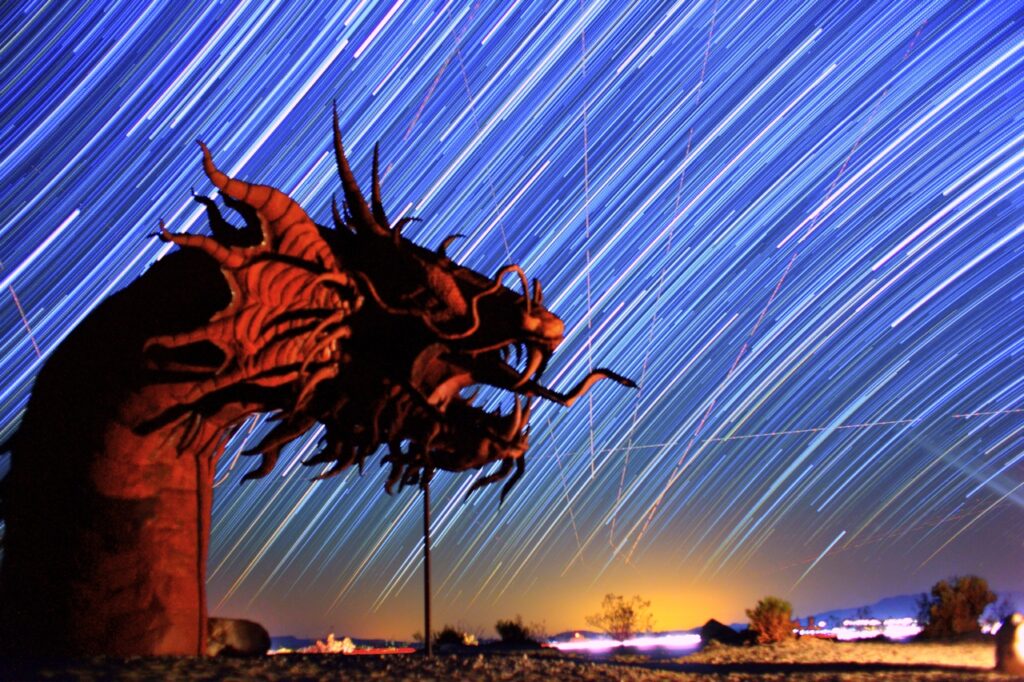 Dragon, with Town in the Background

Just in case the cosmos are not fantastic enough for you: This new video shows time lapses of the night sky over enormous metal dragons, dinosaurs and other creatures in Galleta Meadows in the desert town of Borrego Springs, California.

The sculptures include wild horses, battling insects, an extinct elephant relative, and other animals, whether real, imaginary, extinct or extant. They stand on land once owned by local businessman Dennis Avery, who commissioned them from sculptor Ricardo Abreceda and left them open for public viewing.

Borrego Springs is a small, inland town with little light pollution, the result of conscious efforts by the town to regulate outdoor lighting. It sounds ideal for stargazing, even for those without particular videography skills. Want to visit? It’s about three hours southeast of Los Angeles by car. Be warned, temperatures can reach the 110s Fahrenheit.

The video itself was made by an indie production company called Sunchaser Pictures. The team previously made gorgeous video time lapses of Death Valley’s night sky, using similar techniques.

The “Starry Night”-like lines in some parts of the Borrego Springs video were created by tracking stars’ movement with 25-second exposures: 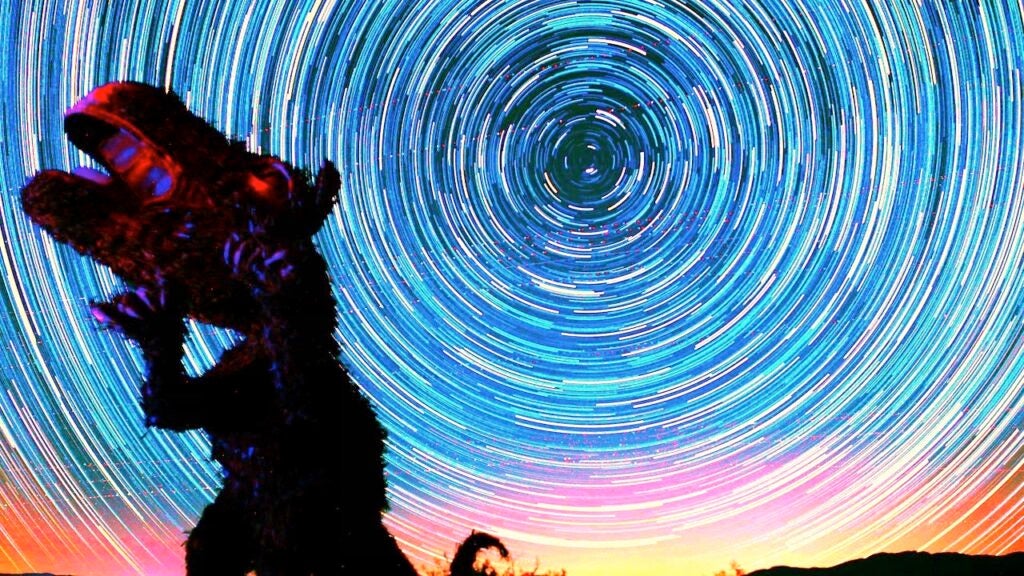 And here’s the Milky Way: 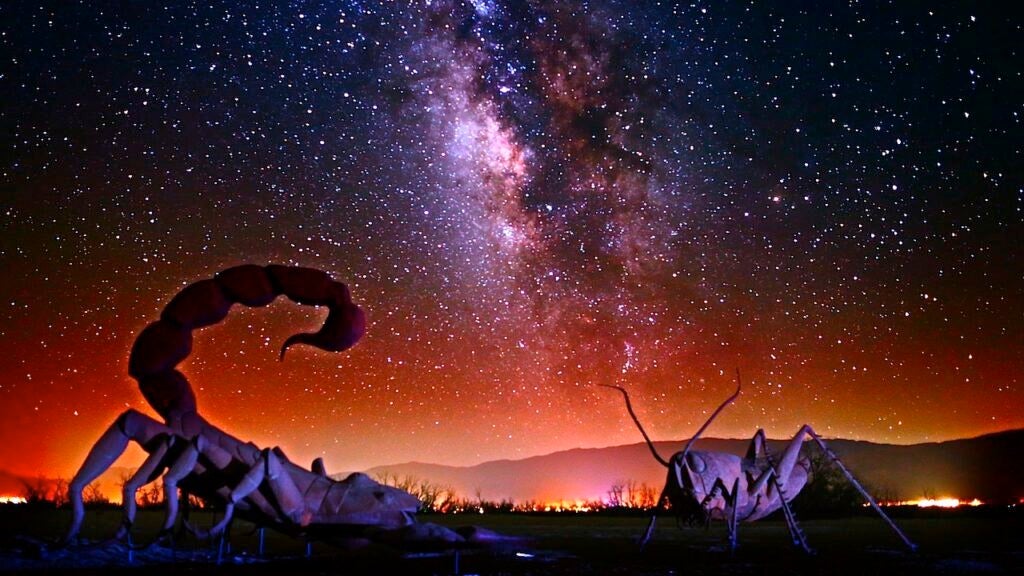 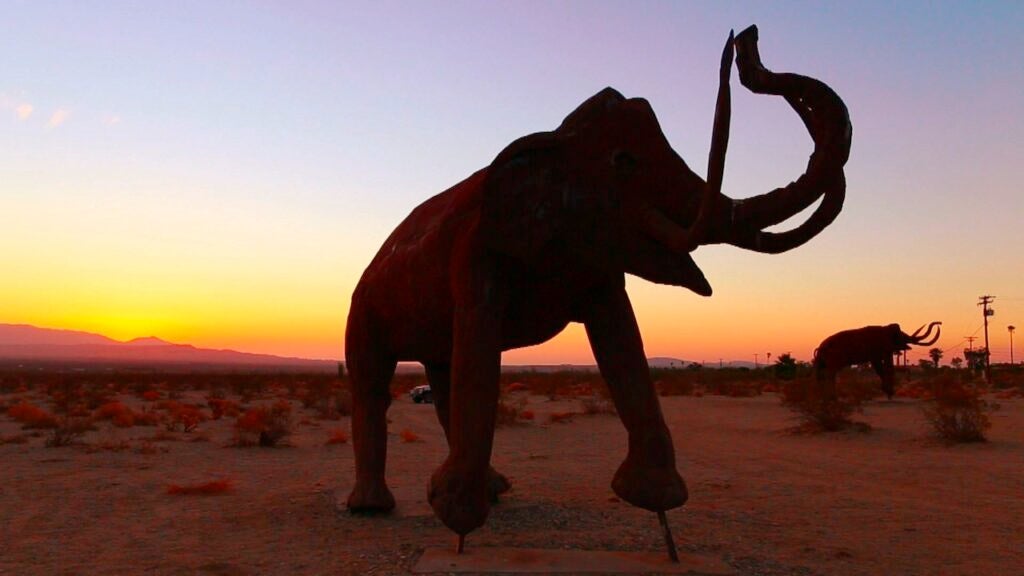