How To ID A Stolen Monet From A Pile Of Ashes 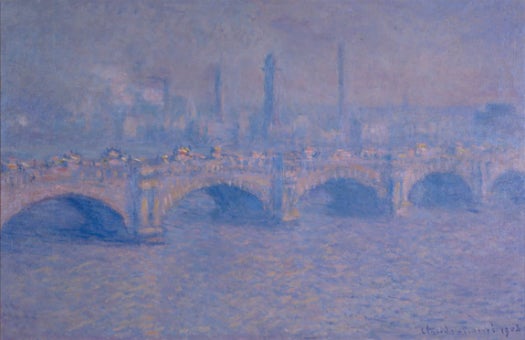 The art world has been mourning the loss of seven paintings swiped from a Dutch museum last year–a Picasso, a Matisse and a Monet among them–whose remains authorities might have found inside a Romanian woman’s stove. The famous works, if they have really been found, have been burned to a crisp, presumably to destroy evidence of the theft. So how do you figure out whether a pile of distinctly painting-like ashes belonged to the stolen artwork in question?

Forensic specialists screen the scorched remains with optical and electronic microscopy, according to a New Yorker piece on the case.

They look for specific materials that might come from a painting. “In an oven, you’re going to be looking for things like metal, fasteners, nails, trace elements of the paints. There were some early paints that had lead in them. There was toxic yellow paint that French Impressionists used that had arsenic in it, and arsenic is a compound that doesn’t break down in a fire,” Robert Wittman of the FBI’s Art Crime Team told the magazine.

They use x-ray fluorescence and x-ray diffraction to determine what elements the remains consist of, then use infrared and Raman microspectroscopy to compare molecules from the evidence to artwork from the same period.

Olga Dogaru, the owner of the stove in question, has claimed in court that she didn’t, in fact, burn the paintings. Forensics experts are still preparing their report on the ashy evidence, but so far they’re only looking to see whether the ashes contained remains of substances used in paintings–not authenticating whether the ashes could have come from the stolen paintings in question.

“Our task was to establish if the ash samples provided by the public prosecutor [contained] traces of substances and implements used to make paintings—for example, nails used to fix the canvas on chassis, substances used to prepare the painting primes, and pigments used by professional painters to prepare the oil colors,” Ernest Oberlander-Tarnoveanu of the Romanian National History Museum told The New Yorker.