Bacteria That Cause Gum Disease Linked To Alzheimer’s

Wreaking havoc in your mouth and head 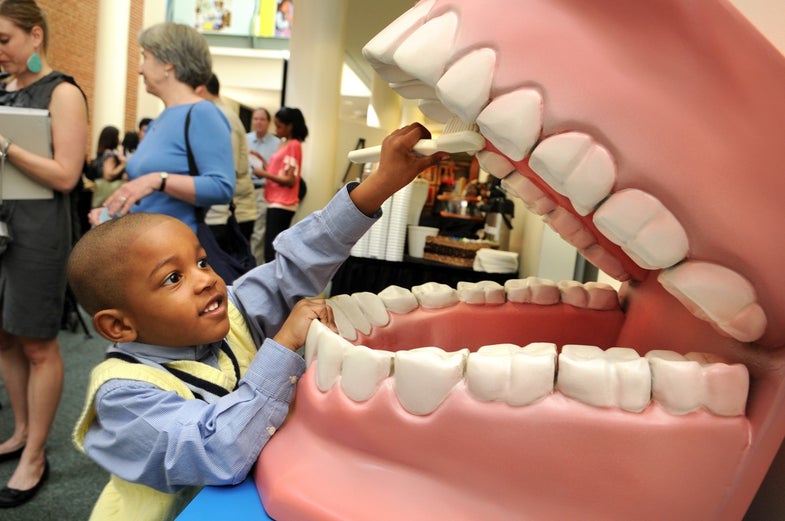 Could Alzheimer’s disease originate in your mouth?

It sounds like a strange idea, but scientists have recently found one small clue that dental bacteria may play a role in some cases of Alzheimer’s.

The study wasn’t set up to show whether the bacterium—Porphyromonas gingivalis, a major cause of severe gum and tooth diseases—causes Alzheimer’s. Instead, researchers were just aiming to see if the buggers could appear in the brain. And there they were.

Bacteria in the mouth could hop into the bloodstream and travel to the brain after someone loses a tooth, Bloomberg explains. Chewing, brushing and flossing are also able to transfer oral bacteria into the bloodstream, but the study’s lead scientist, StJohn Crean of the University of Central Lancashire, told Bloomberg that people should keep brushing and flossing. Keeping your mouth clean reduces the number of bacteria in there and the likelihood that they’ll travel elsewhere. (Anyway, Porphyromonas gingivalis seems to be rare in the mouths of those without periodontal disease.)

Crean’s team isn’t the only one that’s looking for a connection between gum disease and Alzheimer’s. Decades of research have shown that those with Alzheimer’s have chronic inflammation in the brain. Some scientists think that perhaps inflammation elsewhere in the body, such as in the gums, could affect the central nervous system.

The Porphyromonas gingivalis study was published in the Journal of Alzheimer’s Disease in May.