The newest excuse to defend your caffeine addiction. 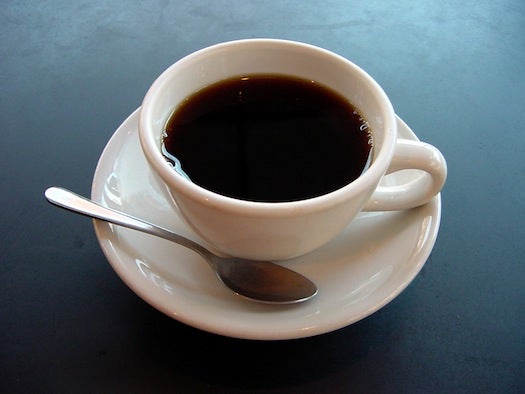 Good news for those of you already reaching for your umpteenth cup of coffee of the day.

According to a new study by the Harvard School of Public Health, subjects who drank two to four cups of coffee daily were 50 percent less likely to commit suicide. This was observed in comparison to those who drink decaffeinated, very little, or no coffee.

Researchers examined data from three U.S. studies evaluating coffee and overall caffeine intake every four years. This included 43,599 men enrolled in the Health Professionals Follow-Up Study (1988-2008), 73,820 women in the Nurses’ Health Study (1992-2008) and 91,005 women in the Nurses’ Health Study II (1993-2007). The subjects shared information about their caffeine intake via questionnaires, and the studies involved 277 cases of suicide.

Caffeine has long been recognized as a stimulant (not to mention its other benefits). The researchers believe it may also act as a mild antidepressant by increasing the production of neurotransmitters like serotonin, dopamine and noradrenaline.

The study’s authors emphasized that the results should not be taken as a recommendation to increase caffeine intake. Results didn’t show any major distinctions between those who drank two to three cups versus four or more cups of coffee a day.