Reporters Aren’t Drawing The Connection Between Climate Change And Wildfires 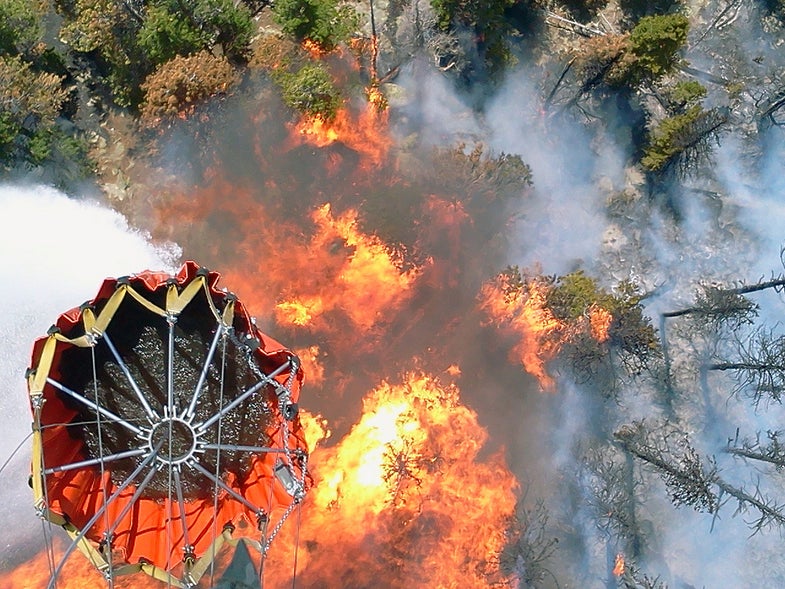 Climate change is a major contributing factor to wildfires, like the blaze in Arizona that killed 19 firefighters this week. But is that connection being made in news reports?

A new Media Matters report examined how frequently recent print and TV reports from major outlets–CNN, NBC, The New York Times, Washington Post, and others–mentioned climate change when they reported on wildfires. The answer: not very frequently. Between April and July, just 4 percent of TV reports and 9 percent of print reports mentioned climate change in their fire coverage.

That actually turned out to be an increase in frequency, albeit a small one: a Media Matters report from last summer put print coverage mentioning climate change at 6 percent, with TV coverage at a mere 2 percent. Any increase is good, since large wildfires have become more frequent and are expected to become even more frequent. (It’s important to remember climate change isn’t the only cause of the increased frequency, but it’s a huge contributing factor to wildfires, and extreme weather in general.)

The report raises some difficult questions, like: What’s the ideal frequency of mentioning climate change? Do breaking news stories get a pass, while the majority of follow-ups should mention the relationship? Should only certain stories mention it? But if viewers or readers miss learning about the connection because they blink, it’s time to take it up a notch.