Cassini snaps two of Saturn's moons through the rings 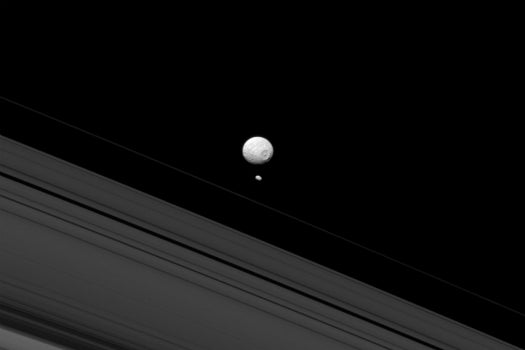 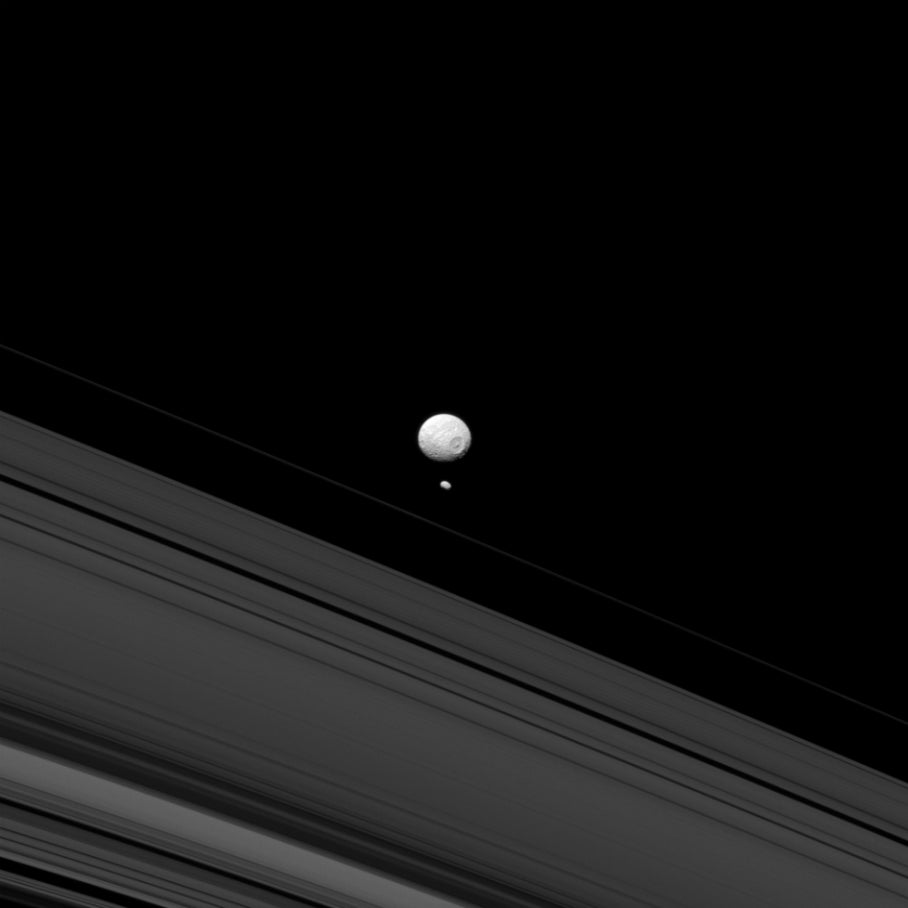 NASA’s Cassini spacecraft has been hanging out near Saturn since 2004, studying the planet’s icy moons. In this image taken in mid-May, Mimas and Pandora, two of Saturn’s 62 confirmed moons, hang out around 730,000 miles away from Cassini’s narrow-angle camera.

Little Pandora doesn’t have enough gravitational pull to whip itself into a spherical shape, which is why it kind of looks like a jelly bean. Scientists think its shape could be a clue as to how Saturn’s rings formed. And though it looks huge in comparison, Mimas isn’t so large itself. It’s the smallest astronomical object that’s been rounded by its own gravity.

Cassini has had its mission extended twice since it first launched in 1997. Its current mission, the Solstice Mission, is mainly focused on studying Saturn’s larger moons, Titan and Enceladus.