The retired space telescope is taking a trip around the Sun. 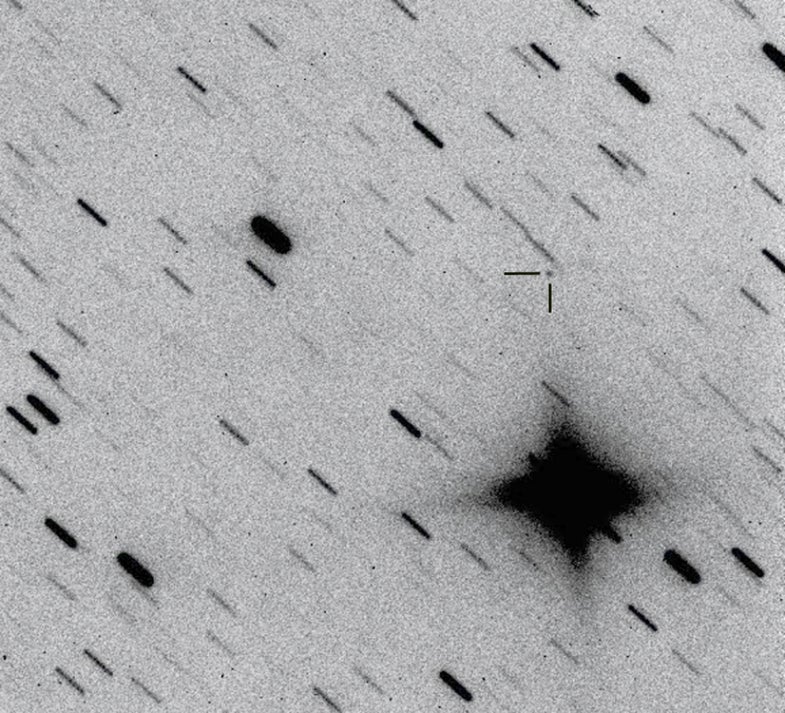 That little dot, the tiny one abutted by the two black lines? That’s the Herschel space observatory, the European Space Agency telescope that ceased scientific operations back in April.

After more than three years of imaging beautiful views of distant stars, Herschel ran out of coolant and was shut down in June. But it’s still out there, on its way to “long-term stable parking orbit,” as the ESA calls it, around the Sun. (Less noble satellites, like those that beam you your DirecTV, also end up in disposal orbit at the end of their years.)

Astronomers Nick Howes and Ernesto Guido captured this image of Herschel’s last moments in Earth’s view with the Faulkes Telescope North in Hawaii. Those streaks are stars that moved across the sky as the astronomers tracked Herschel’s path.

So we’re saying goodbye to Herschel, but it’s not forever: It should be floating by our neck of the woods again in about 13 years.