The new ALMA telescope snaps an amazing view of the Sculptor Galaxy. 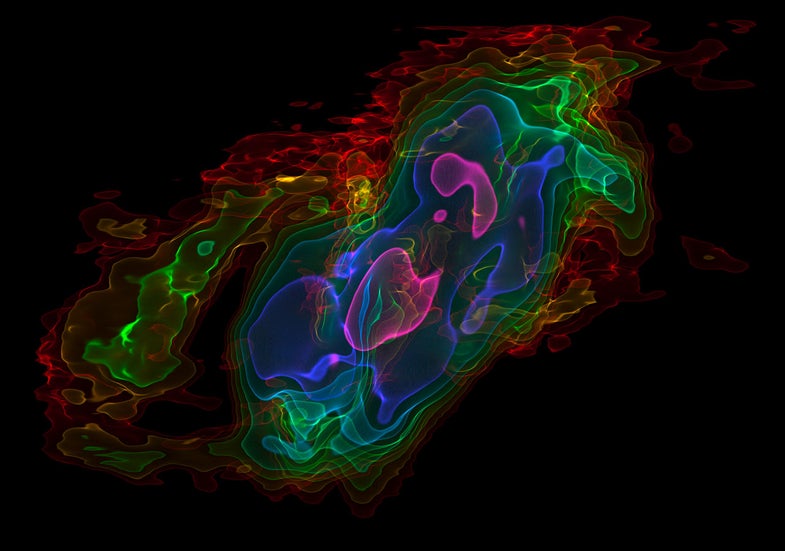 This picture shows a view of a three-dimensional visualisation of ALMA observations of cold carbon monoxide gas in the nearby starburst galaxy NGC 253 (The Sculptor Galaxy). The vertical axis shows velocity and the horizontal axis the position across the central part of the galaxy. The colours represent the intensity of the emission detected by ALMA, with pink being the strongest and red the weakest. These data have been used to show that huge amounts of cool gas are being ejected from the central parts of this galaxy. This will make it more difficult for the next generation of stars to form. ESO
SHARE

The Atacama Large Millimeter-submillimeter Array (ALMA) only opened in March, but we’ve already got incredible images from the new telescope. Here’s a recent look at the Sculptor Galaxy, a.k.a NGC 253, a spiral galaxy about 11.5 million light-years away.

The image shows cold gas being pushed out of the center of the galaxy by pressure created from young stars. That gives astronomers a window into a mystery: If some galaxies end up spewing out more gas (star-building fuel) than they take in, it would explain why some galaxies are much smaller than predictions would assume.