Some weird stuff up there 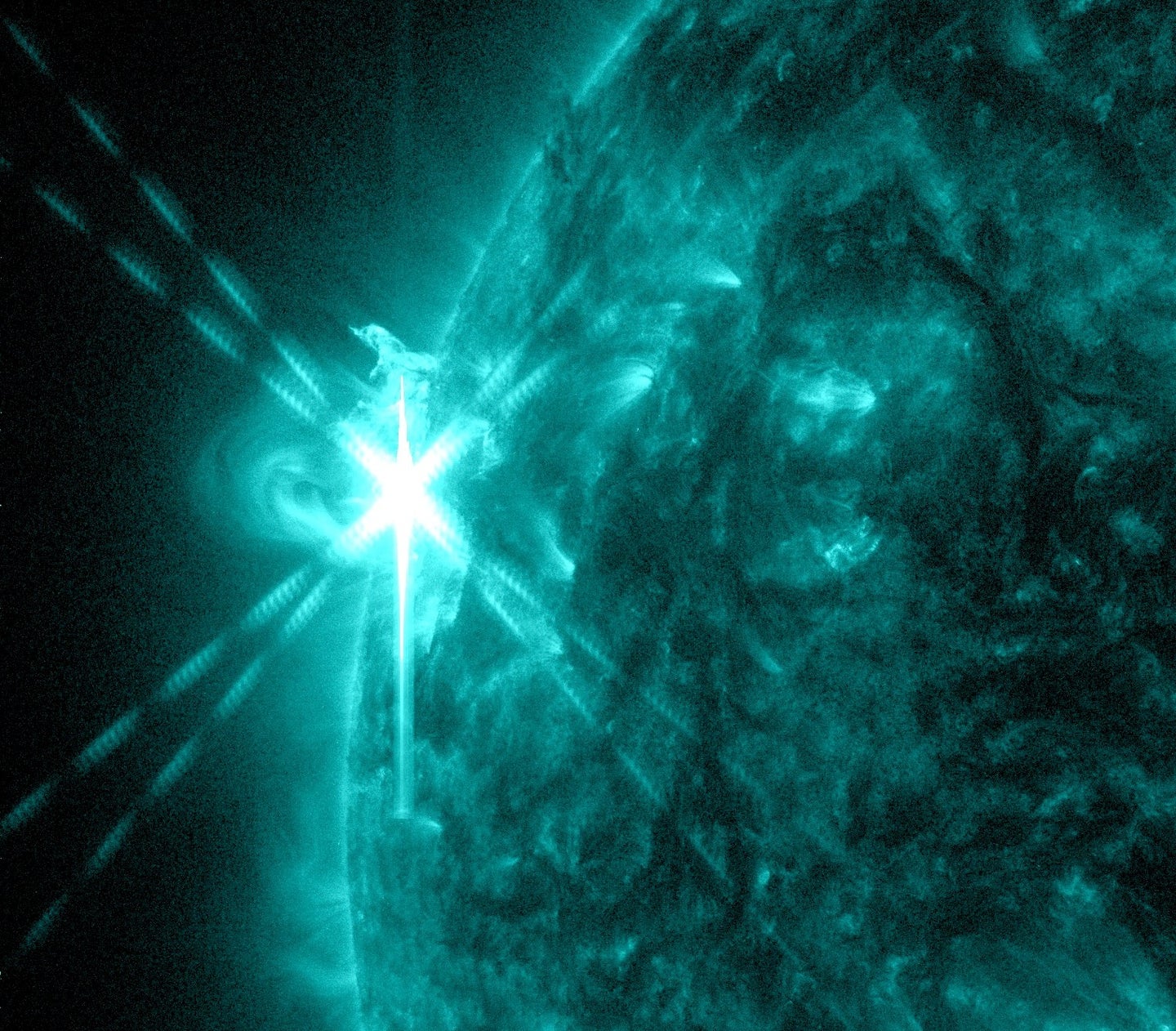 In the surge of energy of solar flares, physicists have now detected antimatter particles streaming away from the sun.

Researchers already knew that the reactions that fuel the sun create antimatter particles called positrons, among other particles. However, this is the first time the sun’s positrons have been detected in this way, according to the New Jersey Institute of Technology. The lead scientist in the discovery, Gregory Fleishman, is a professor at the institute.

Fleishman and his colleagues’ new measurements could help scientists better understand solar flares and the basic structure of matter. The techniques they worked out could also make it easier for other scientists to detect positrons coming from other objects in space. In a summary of their research, Fleishman and his colleagues sounded optimistic, saying that their discovery could soon make it routine to detect positrons in solar flares, which are brief, bright eruptions of energy on the sun’s surface. (Large solar flares may cause radio blackouts on Earth.)

Positrons are the antimatter counterparts to electrons. They have the same mass as electrons, but have a positive, instead of a negative, charge. They also emit microwave radiation of the opposite polarization as electrons do. So Fleishman and his colleagues used data from NASA’s Solar and Heliospheric Observatory and the Nobeyama Radioheliograph in Japan to find instances of polarized radiation that matched positrons.

They’re presenting their work this week at a meeting hosted by the American Astronomical Society.