Is your name Aja? Your parents probably listened to too much Steely Dan. 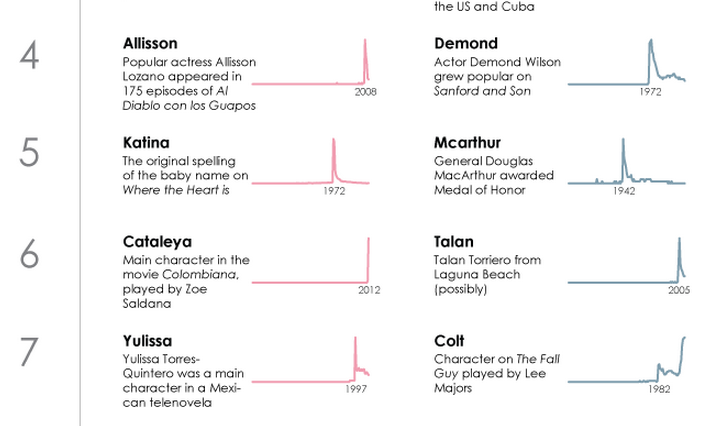 The Social Security Administration has a database on names reaching back to 1880. You can check out the most popular names for any given year, but Flowing Data had the better idea of digging for “trendy” names, where “a small percentage of the baby population was given a name one year and a relatively much higher percentage of the next year’s baby population got said name.”

For example: Do you remember the 1977 Steely Dan album Aja? Because in 1978 it was likely responsible for the appearance of the name Aja for girls. Some of the impetuses are a little more opaque than that, though: it’s not clear why there was a spike in the name “Deneen” in 1964, and could secondary Laguna Beach reality-T.V. star Talan Torriero be responsible for that many baby boys named Talan?

Here’s the full list, but be sure to check out the original Flowing Data post for more info on how the data was collected.