Where To Hide When The Ecopocalypse Hits [Infographic]

Let this map of U.S. states scaled by volume above sea level guide you to your water-damaged, dystopian home of the future. 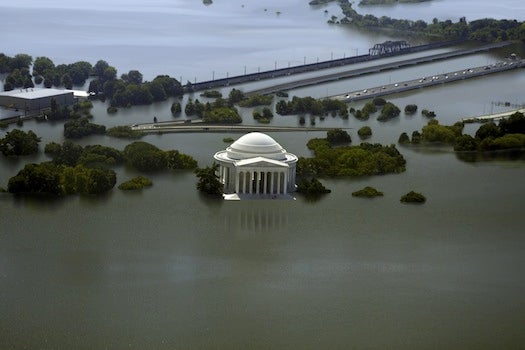 Thanks to climate change, our oceans could rise by as much as 20 or 30 feet in the coming centuries. You can either build an ark (which sounds like an awful lot of work) or high-tail it to higher ground.

This map, designed by MIT music professor Michael Scott Cuthbert and researched by writer/designer Nate Barksdale, can help you plan your trip. The United States is organized by volume above sea level: the more high-reaching areas a state has, the more space on the map it gets. So the mountainous Southwest ends up holding on to a lot of its space, while the relatively low-lying South has almost completely vanished. If you’re into cooler climes, Alaska seems to be doing pretty well, too. Rhode Island doesn’t have much space left at all–but maybe if there’s a tiny bit post-apocalypse you can create a Waterworld-style fortress island. 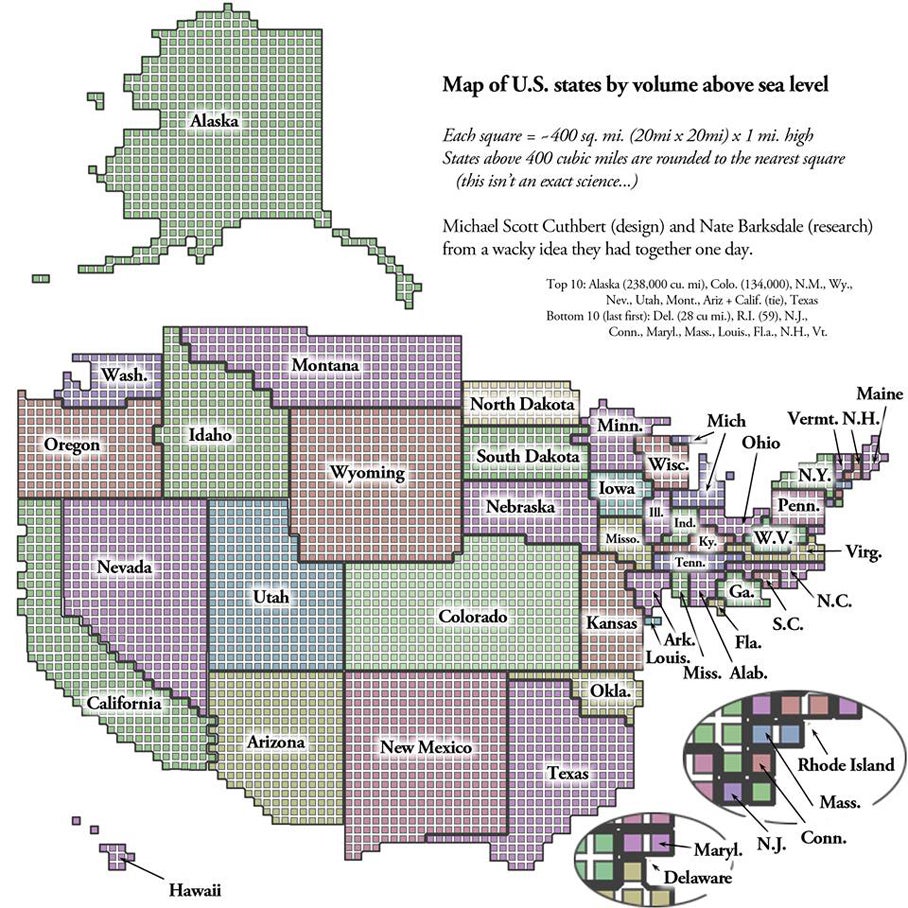 Map Of The U.S. By Volume Above Sea Level