NASA Is Building An Intergalactic GPS

For your next family trip to Mars 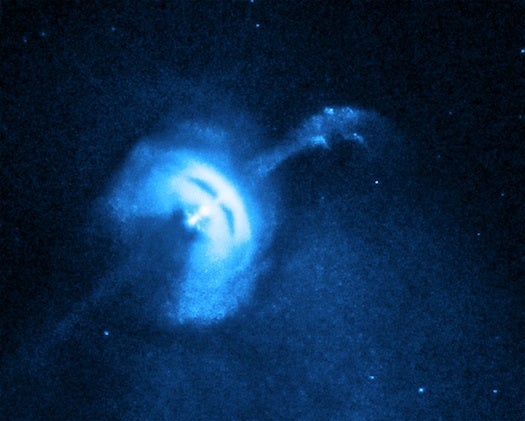 This is the Vela pulsar, located about 1,000 light-years from Earth. One NASA team is looking to use pulsar light in a GPS-like system that would help spacecraft navigate anywhere in space. NASA/CXC/University of Toronto/M. Durant, et al
SHARE

You’re probably already used to getting great GPS coverage in many of the places you visit. Now get ready for GPS in space. NASA is working to build a navigation system that would work anywhere in our solar system and beyond, IEEE Spectrum reported.

Spacecraft now depend mostly on radio signals sent from Earth to navigate, as Spectrum explains. As craft get further away from Earth, however, that method becomes less accurate. So NASA is looking to use signals from neutron stars—super dense, super high-energy stars at the end of their lifetimes—to locate ships in deeper space.

Certain neutron stars, called pulsars, emit powerful beams of light while spinning rapidly. NASA compares pulsar light to lighthouse beams. Their movement is extremely regular, so a spacecraft detecting those beams will know exactly where each beam is expected to be in space at any given time, and thus calculate where it is in space, too. Pulsar beams are detectable in “every conceivable” point in space where people might want to fly in the future, Ken Gendreau, the lead scientist in the project, said in a statement.

Gendreau and his team plan to test the system in a machine they’ll send to the International Space Station in 2017. The mission is called Station Explorer for X-ray Timing and Navigation Technology, or NICER/SEXTANT. 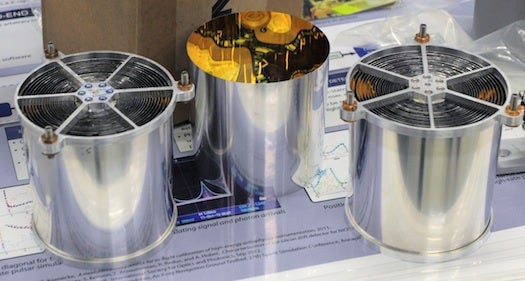 Designed to go into space with NICER/SEXTANT

NICER/SEXTANT’s instruments will also teach astronomers more about neutron stars. Massive stars turn into neutron stars when they run through the nuclear reaction that fuels them, explode, and then collapse. Neutron stars produce intense magnetic and electric fields and pack matter in the densest manner possible. There’s no way to recreate their conditions on Earth to study them.

A teaspoon of neutron star matter placed on Earth would weigh a billion tons, according to NASA. If they were any denser, they’d become black holes.