Got A Migraine? Blame Your Parents

A new study suggests that migraines have a genetic component. 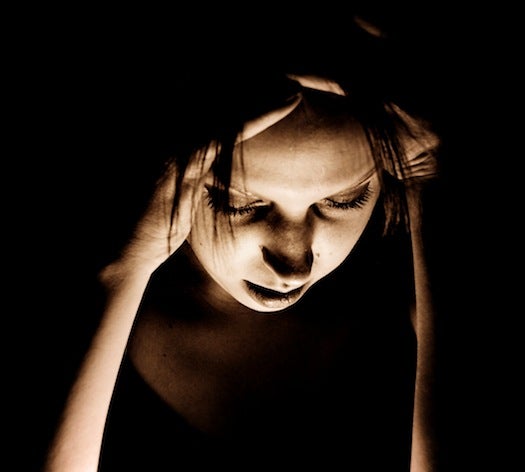 Next time you’re squeezing your eyes shut and rubbing your temples trying to massage the searing pain out of your head, blame your parents.

Researchers at King’s College London recently identified 12 genetic regions associated with migraine susceptibility. Eight of these regions are located in or near genes linked to controlling brain circuits. Another two are connected to genes responsible for maintaining healthy brain tissue. Regulation of these pathways is now thought to be a key factor in the genetic susceptibility of migraines.

One of the most common neurological disorders, migraine attacks affect approximately 14 percent of adults. Until now, the condition has largely been a mystery to scientists due to a lack of biomarkers.

“This study has greatly advanced our biological insight about the cause of migraine,” Aarno Palotie from the Wellcome Trust Sanger Institute said. “Migraine and epilepsy are particularly difficult neural conditions to study; between episodes the patient is basically healthy so it’s extremely difficult to uncover biochemical clues.”

The study also found that some of the regions of susceptibility are close to a network of genes that are sensitive to oxidative stress, a biochemical process that results in the dysfunctional cells. Researchers believe that the web of interconnected genes could be disrupting the internal regulation of tissue and cells, leading to migraines.

“This is the largest ever genetic study into migraines and highlights for the first time the possible genetic causes of what can be a devastating condition for many,” Lydia Quaye from the department of twin research at King’s College London said. “This study gives us a greater understanding of the condition and will hopefully pave the way for better diagnosis and potential treatments in the future.”

Until then, thanks a lot Mom and Dad.