Megapixels: A Mars Simulation In The Sahara

If Mars is a little far, try scenic eastern Morocco. 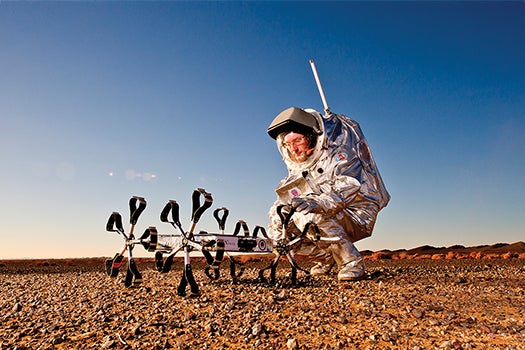 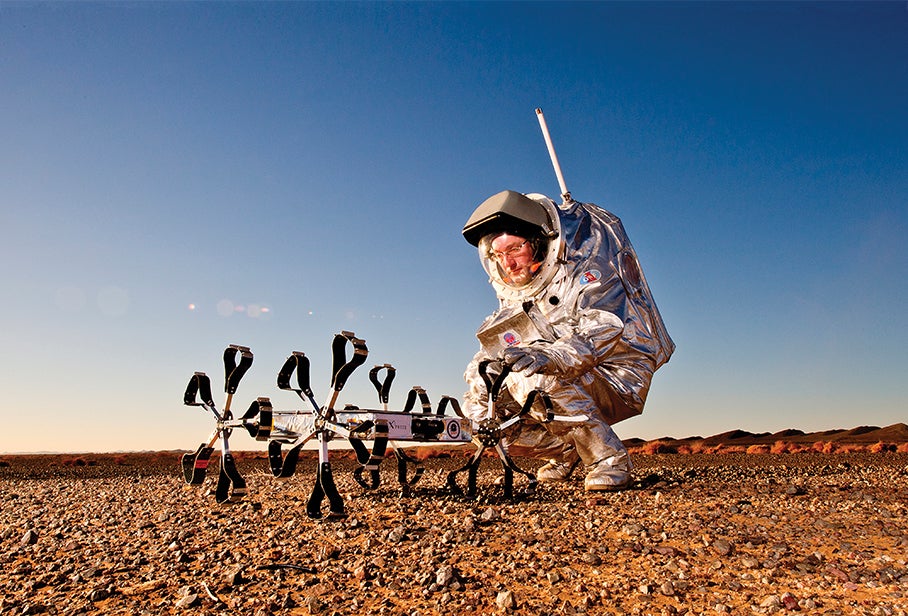 In February, astrobiologist Gernot Grömer found himself on Mars in the midst of a desert storm. Well, he felt like he was on Mars. In reality, he was in the Sahara, participating in a monthlong simulation in eastern Morocco. While there, Grömer and his 10-person crew from the Austrian Space Forum (a volunteer organization of aerospace professionals) tested lasers, weather stations, and deployable shelters in the quasi-Martian environment. When communicating with their control center, they mimicked the delay between Earth and the red planet. They also wore spacesuits equipped with an air-ventilation system and contamination-proof compartments to preserve samples of possible extinct life. At right, Grömer monitors the mobility of the Hungarian Puli prototype: a rover whose four “whegs”—a cross between a wheel and a leg—allow it to trek through steep, rocky terrain.