From The Jazz Singer to Avatar in two prints. 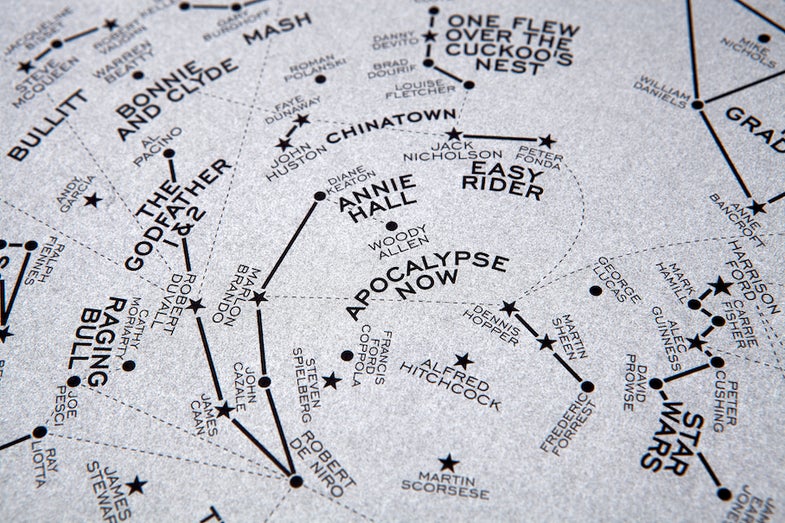 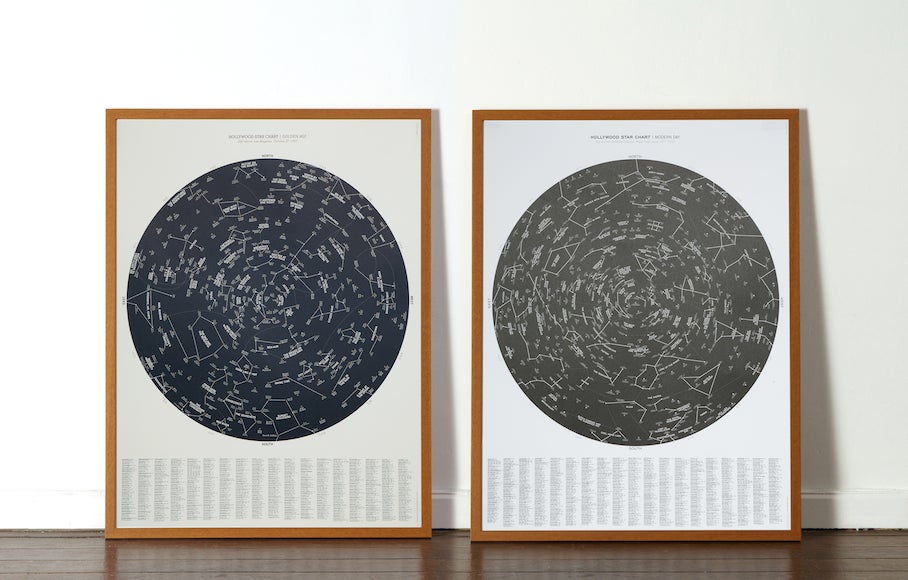 Design studio Dorothy (see: these awesome color wheels made from musicians and songs) have struck again with a set of “Star Charts” that map classic Hollywood films through constellations: one charts films from the Golden Age, the other charts films from the Modern Age. The individual stars represent actors and directors, and the constellations represent the movies themselves. For example: Ingrid Bergman, Humphrey Bogart and Paul Henreid make the constellation Casablanca.

In the first print, the designers at Dorothy created a print for the classics, working off what the night sky over Los Angeles looked like on October 6, 1927. That was the day The Jazz Singer, the first film with synchronized dialogue, began the slow demise of silent film and ushered in the Golden Age. Included on the print are 62 films like Gone With The Wind, The Wizard of Oz, and Casablanca. 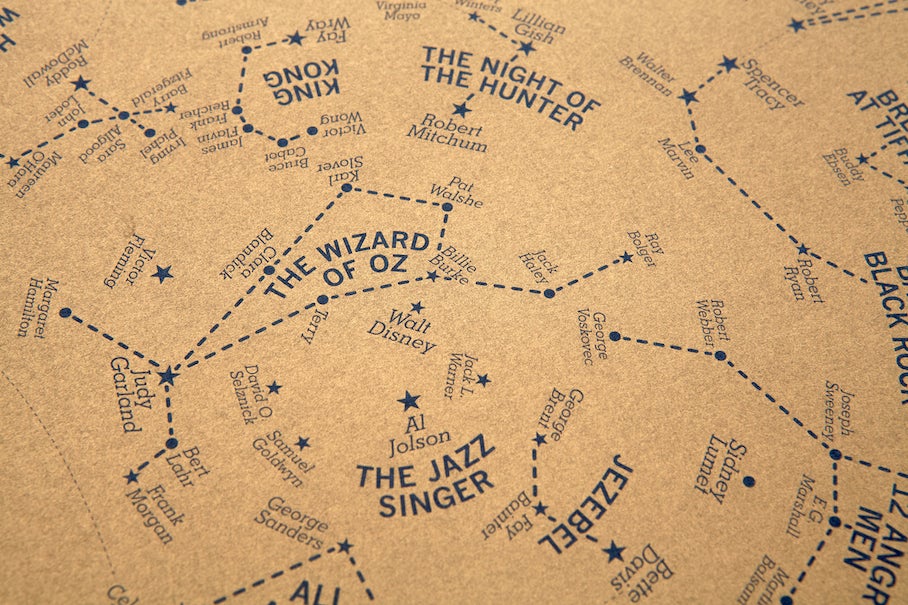 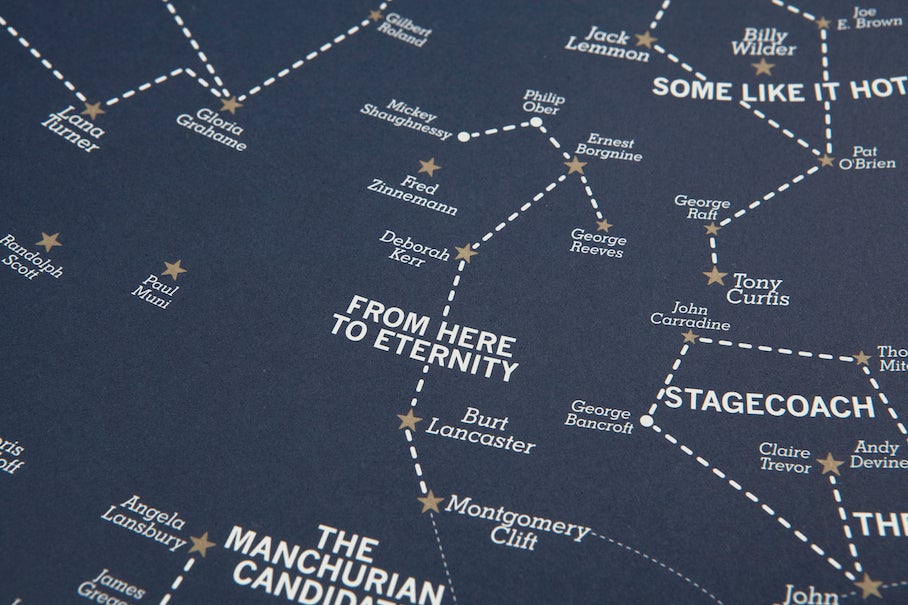 The other print deals with modern films, modeled after the night sky over New York on June 16, 1960, when Alfred Hitchcock’s Psycho premiered. There are 108 movies on that print, and they’re pretty varied: Easy Rider, Pulp Fiction, and Avatar are all included. 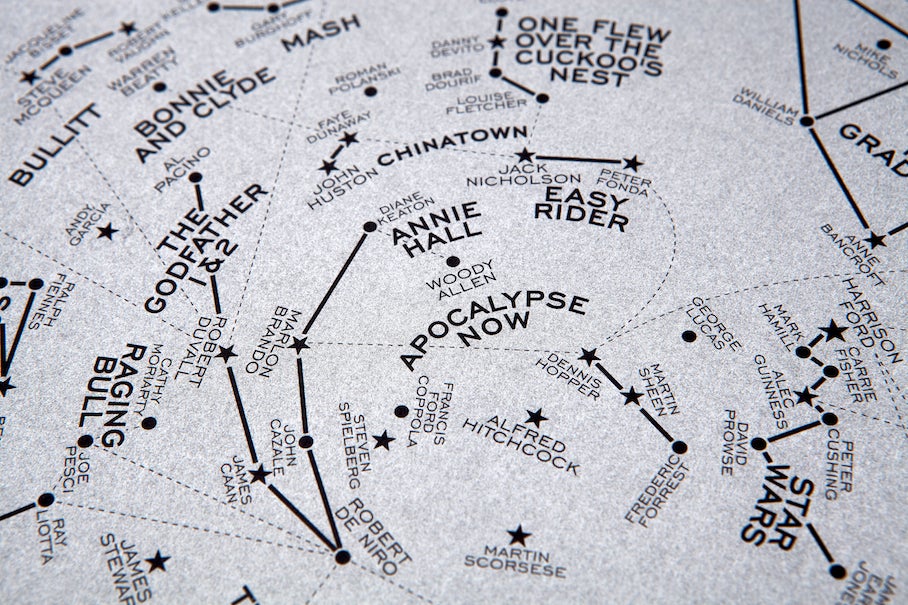 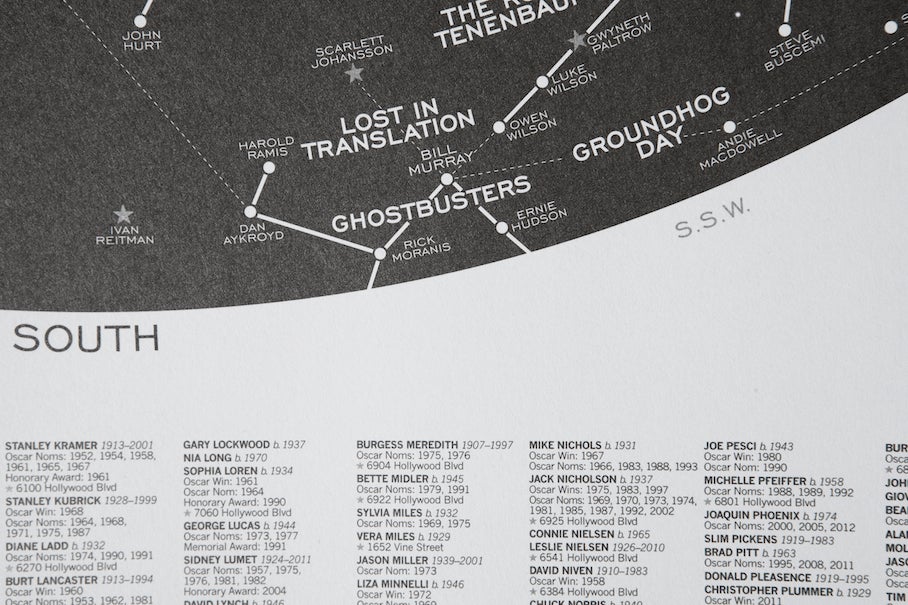 The movies were picked by Dorothy if they were critically acclaimed or deemed to have historical relevance–if they made it to the U.S. National Film Registry, for example–or picked up a lot of Oscars on release. (A few of the designers’ personal favorites are also included.) On each print, there’s a key showing the actors’ names, any oscar wins or nominations, and where his or her star is on the Hollywood Walk of Fame.