DE-STAR could vaporize asteroids that threaten Earth in less than an hour. 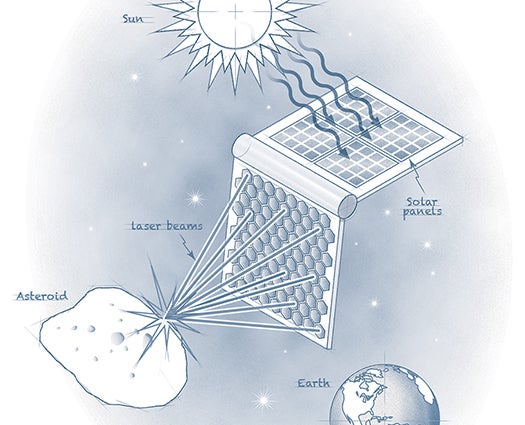 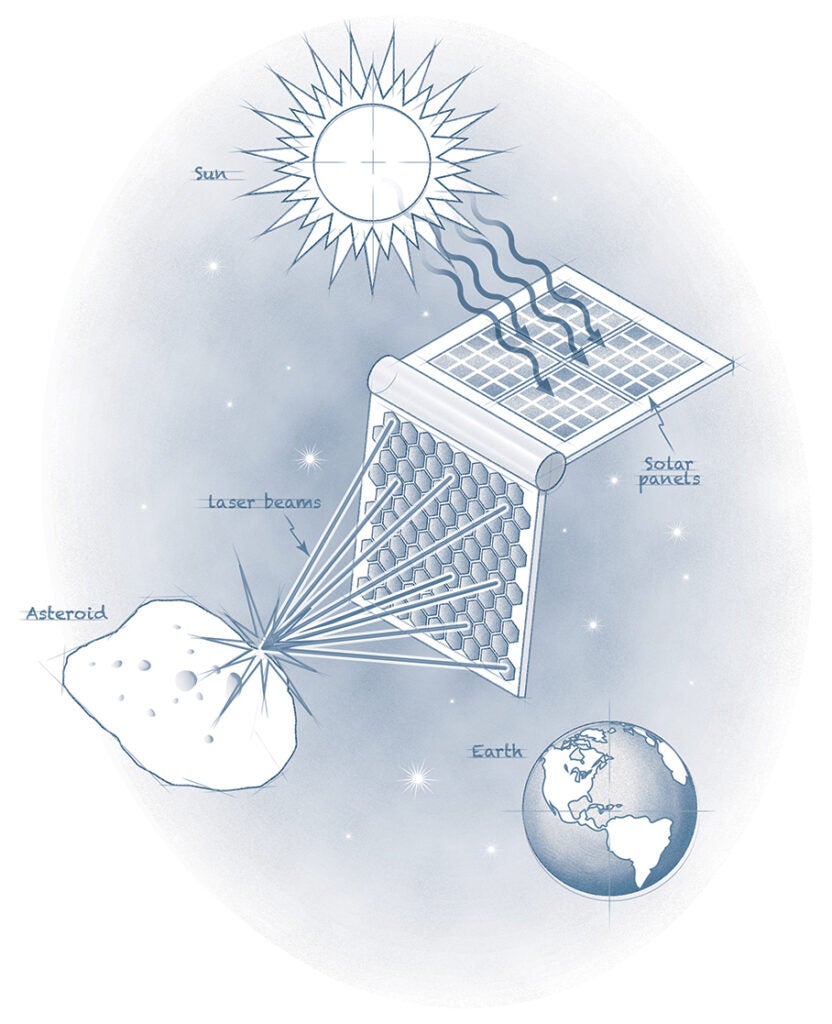 DE-STAR is designed to vaporize or divert asteroids that threaten Earth. This isn’t science fiction—I build things that have to work in practice. DE-STAR stands for Directed Energy Solar Targeting of Asteroids and exploRation. It looks like an open matchbook with lasers on one flap and a photovoltaic panel for power from sunlight on the other. By synchronizing the laser beams, we can create a phased array, which produces a steerable 70-gigawatt beam. An onboard system receives orders on what to target. Our laser beam would then produce a spot about 100 feet in diameter on an asteroid that’s as far away from the satellite as we are from the sun. The laser would raise an asteroid’s surface temperature to thousands of degrees Celsius—hot enough that all known substances evaporate. In less than an hour, DE-STAR could have completely vaporized the asteroid that broke up over Russia this winter, if we had seen it coming. Plus, as the material evaporates, it creates a thrust in the opposite direction, comparable to the space shuttle’s rocket booster. That means you could divert the asteroid by changing its orbit with a shorter laser blast.

DE-STAR could also power things on Earth or in space. You could send the electrical power it produces—not via laser beam but via microwaves. Or you could use the laser to directly propel spacecraft. But here’s the thing: For full-blown asteroid vaporization, each flap of the matchbook would have to be six miles long. We’ve never built a structure this size in space, but if there were the worldwide will, I could see building this within 30 to 50 years. But since it’s completely modular, we propose starting smaller. We could begin with a version that’s three feet per side right now. With that, you could cook your dinner from 600 miles away.

—Philip Lubin is a physicist at UC Santa Barbara and co-inventor of DE-STAR with statistician Gary Hughes, of California Polytechnic State University.