The extreme possibilities of personalized medicine 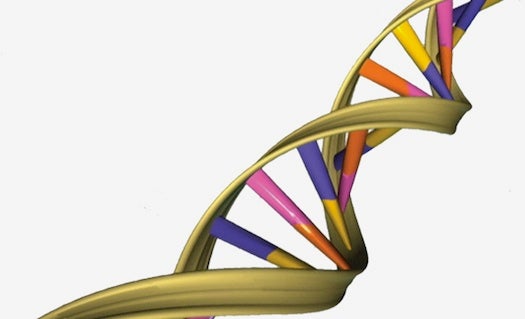 Dads all have their talents. Mine was a whiz at fixing mechanical toys, such as my orange, flower-printed, wind-up owl. Bea Reinhoff’s dad trained as a geneticist in the 1980s, although he ultimately chose to leave medicine in order to fund biotech startups. But when Bea was born with some unusual symptoms and no clear diagnosis, Hugh Reinhoff returned to genetics again. He bought $2,000 worth of equipment and sequenced Bea’s genome at home, Nature reported in 2007. At the time, nobody had ever used genome sequencing to pinpoint the cause of a disease in a single person.

Now, Bea is 9, and Hugh will soon publish a paper about the mutation he found in Bea’s genome that may be behind her symptoms, which include widely-spaced eyes, a forked uvula and an inability to put on muscle mass, Nature reported today. Bea is otherwise healthy and vivacious, Hugh told Nature.

No disease has ever been linked to Bea’s mutation before. And, it seems, Hugh has not yet found anyone else with Bea’s exact symptoms. Hugh has had his entire family sequenced and only Bea has her mutation. (This can happen if a random mutation occurred in the sperm or egg at conception.)

The Reinhoffs’ journey is fascinating and both the 2007 and more recent Nature stories about them are well worth a read. Unfortunately, even pinpointing the genetic cause of Bea’s symptoms doesn’t tell her or her family about what will happen to her as she grows. People with syndromes related to Bea’s have heart problems when they become adults and Hugh, Nature reports, is still worried.