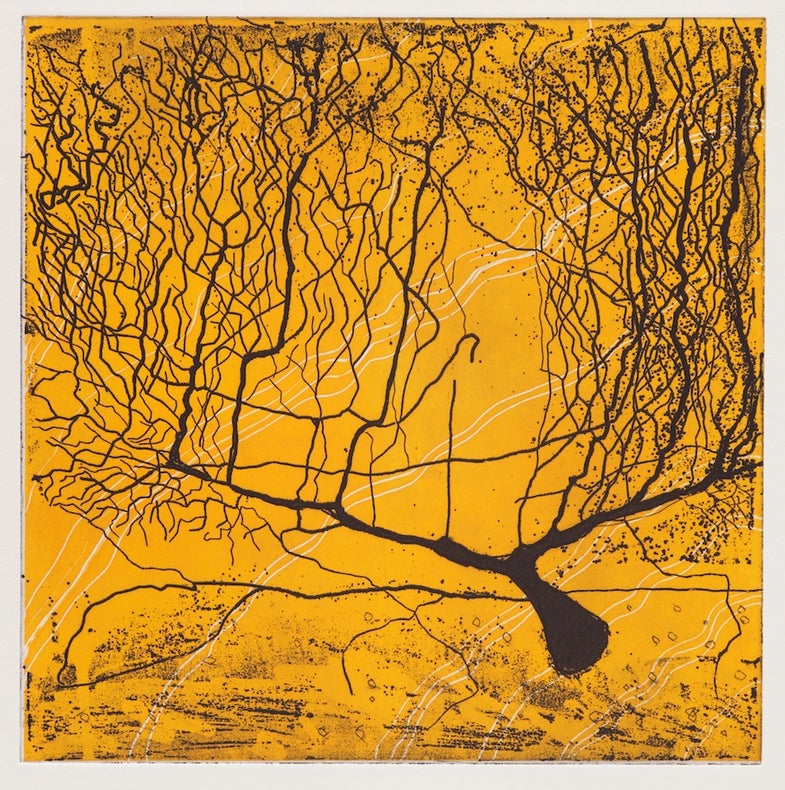 Drawing inspiration from a brain scan taken as part of a research study, artist Laura Jacobson made a series of weird, wonderful works installed now at Stanford’s Center for Cognitive and Neurobiological Imaging.

Through acrylics, sculpture, and etchings, Jacobson reinterprets the MRI. In one piece, an etching of neurons looks like a landscape painting of a tree on a yellow background (above). For the pieces titled “Resonance Punctuated,” Jacobson grabbed circuit boards, plumbing fixtures, and other detritus, adding all of it to where the gray matter should be. 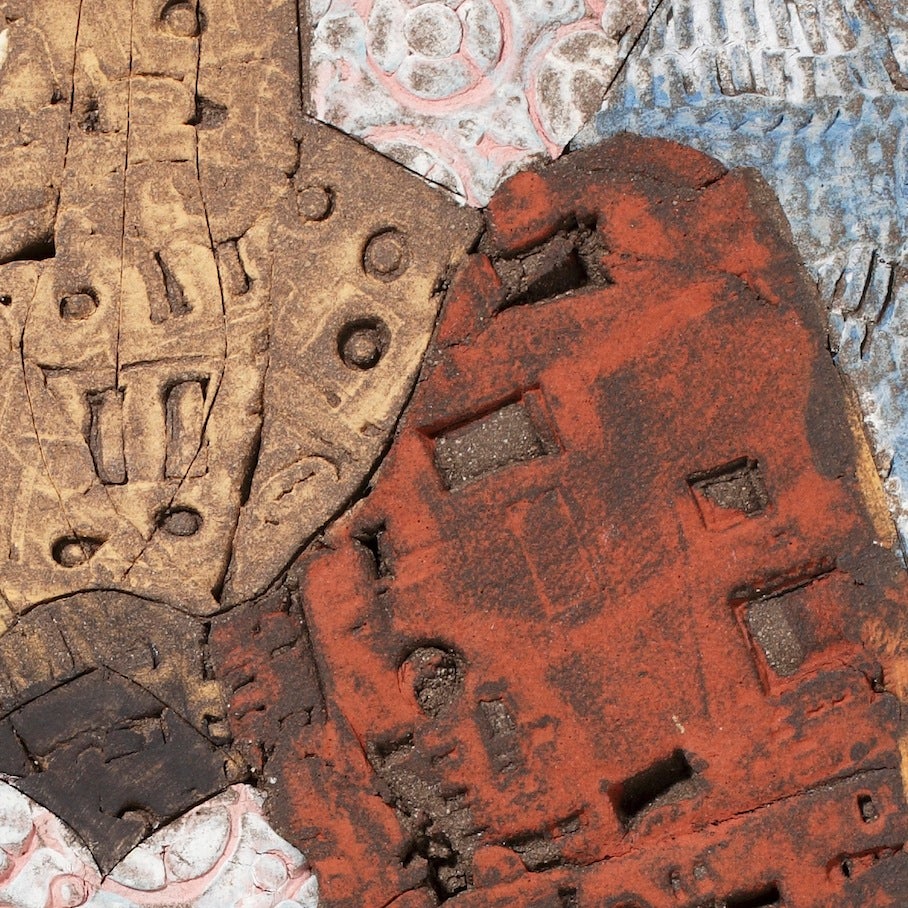 The etching “Position” takes cues from scans of the hippocampus and nerve fibers, as well as Stanford campus topography and architecture.

The acrylic “Acquisition,” a diptych, alludes to both red blood cells and chemical structures. It’s hard to look at the work on the left and not see the long tunnel of an MRI machine, too. 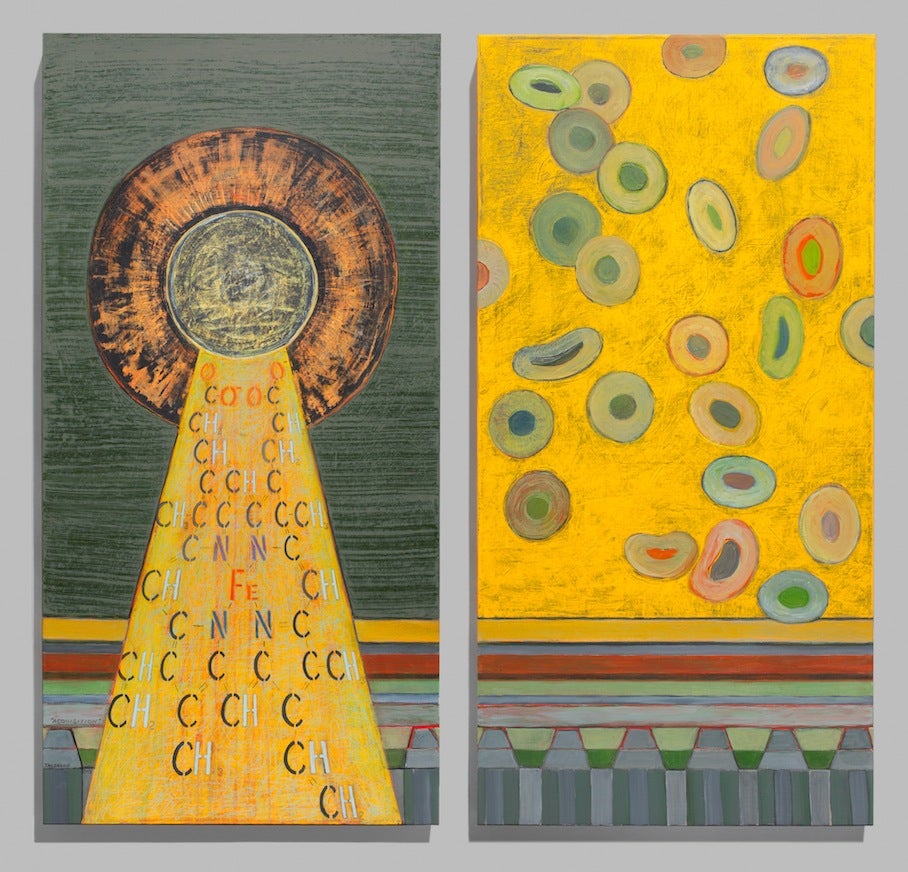 If you’re in the Stanford campus area, you can check out Jacobson’s series at the imaging center in the Department of Psychology.