Women Don’t Like Hearing Other Women Complain About Their Bodies

"OMG I'm so fat" is just as annoying as you thought it was. 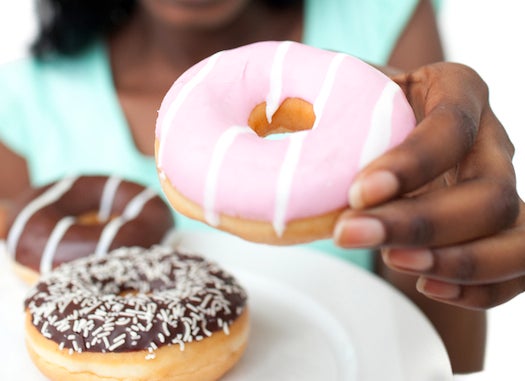 Women who talk about eating, exercise or their bodies in a negative way–what researchers call “fat talk”–are less well-liked than those who say positive things about their bodies, according to a study presented at the Midwestern Psychological Association’s annual meeting last week in Chicago.

“Though it has become a regular part of everyday conversation, ‘fat talk’ is far from innocuous,” lead researcher Alexandra Corning of the Notre Dame Body Image and Eating Disorder Lab said in a statement.

A group of undergraduate women were asked to look at different photos of noticeably thin and overweight women. Some photos were accompanied by positive statements like “I know I’m not perfect, but I love the way I look,” while others said things like ” I can’t remember the last time I was happy with the way I looked.”

Participants rated the women who were talking smack about themselves as significantly less likable, regardless of their actual body weight. The overweight women in the photographs who displayed positive messages about their bodies were rated the most likable.

Regardless of whether it helps you make friends, this type of discussion remains widespread among women: A 2011 study of 186 undergraduate women found that 93 percent engaged in this type of conversation with their friends.

Some psychologists have theorized that fat talk strengthens social bonding between women. “It shows vulnerability,” anthropologist Mimi Nichter, who coined the term in the mid-’90s, told one journalist in 2011.

Recent research suggests otherwise. A previous study from Appalachian State University published in 2009 that found that college women found “Jenny,” a character in a vignette they read, more likable when she said positive things about her body in response to a “fat talk” conversation.

“If women engage in fat talk in the hope of enhancing their social bonds, their attempts may have the effect of backfiring,” Corning wrote in an email.

The takeaway: It might not be smart to call yourself Fat Amy after all.