Researchers are studying a cream that restores pigmentation to people with a skin condition called vitiligo. Theoretically, there are hints it may work for people who are going gray from age, too. 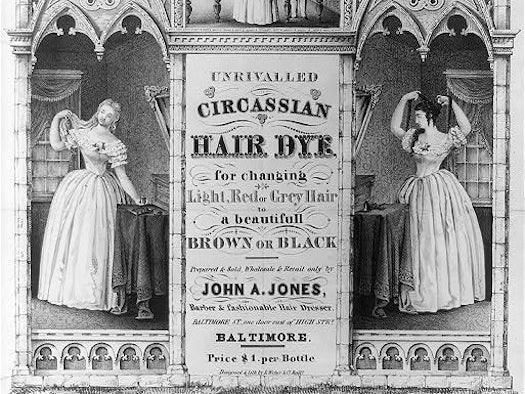 Researchers are working on a true anti-graying cream that could make people produce their own youthful colors again. So far, it’s worked in just a few people who have lost pigment in their hair and skin not from age, but from a condition called vitiligo. Because the cause of vitiligo pigment loss is the same as one possible cause of graying in old age, however, the prototype cream might be a step toward a real anti-graying cream. (But what would we do without those Just For Men commercials?)

The cream worked in just five people in a preliminary study, so it’s likely a long way from becoming a commercial product. If it does turn out to work in more people, it could be a great thing for those who have vitiligo, most of whom live with the condition for the rest of their lives. As for other graying folks, it would be the first anti-graying product that actually addresses the root of the problem instead of just hiding gray hair, Gerald Weissmann, editor-in-chief of the Federation of American Societies for Experimental Biology Journal, said in a press release. The FASEB Journal [published a paper about the cream this week.

For the paper, a team of dermatology researchers from Germany and the U.K. looked at more than 2,000 people with vitiligo, which causes people to lose pigmentation in patches of their skin and hair. While vitiligo isn’t painful, dangerous, or contagious, it can still be pretty distressing because it can change people’s appearance so much, according to the American Academy of Dermatology. One to 2 million people in the U.S. have vitiligo, according to the National Institute of Arthritis and Musculoskeletal and Skin Diseases. 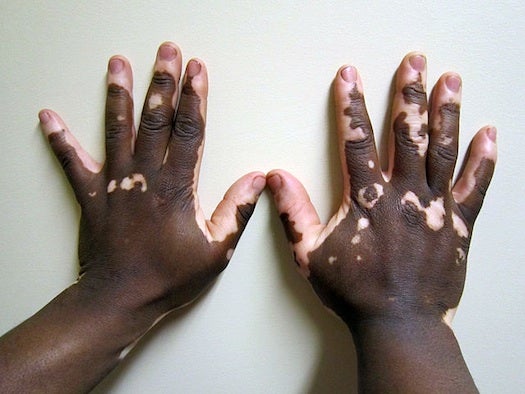 The European researchers found some of the changes in what proteins vitiligo patients make compared to people without vitiligo. They also found that a couple different chemicals accumulate in vitiligo-affected skin: peroxynitrite and hydrogen peroxide (Yep, the same stuff that’s often used in bleach).

The researchers had five of their study volunteers apply a cream they developed to reduce the amount of hydrogen peroxide in the skin. The researchers found that the cream worked to repigment the volunteers’ skin and eyelashes.

Could removing hydrogen peroxide from the skin and hair work for those who don’t have vitiligo? In 2009, some of the same researchers published a study that suggests it may, because people going gray from age have elevated amounts of hydrogen peroxide in their hair follicles and hair shafts.

Federation of American Societies for Experimental Biology via EurekAlert