NASA Wants To Send Your Haiku To Mars

Submit your three-line ode to the red planet by July 1! 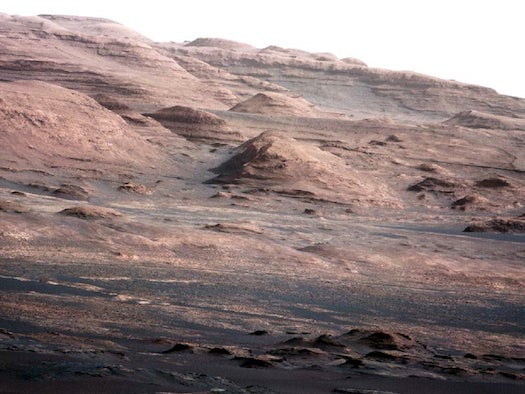 When NASA launches the Mars Atmosphere and Volatile Evolution (MAVEN) spacecraft in November, it wants to pack onboard a DVD containing three poetic messages to everyone’s second-favorite planet. Any Earthling can submit a haiku about Mars by July 1—the DVD will include the name of each person who sends a poem, but only the three most popular haikus will eventually orbit the red planet.

The University of Colorado at Boulder’s Laboratory for Atmospheric and Space Physics is coordinating the Going to Mars Campaign. Bruce Jakosky, MAVEN principal investigator, says the program is “a great opportunity to reach the next generation of explorers and excite them about science, technology, engineering and math.” Starting July 15, an online public vote will open to select the three top haikus.

NASA’s MAVEN mission will be the first mission devoted to studying the Martian upper atmosphere. The spacecraft will gather information that should help scientists figure out what happened to the atmosphere and water that once existed on Mars.

Submit your best haiku, or just your name, here. Or apply now for a one-way trip to Mars.