This is the first study to find a link between harassment and disordered eating in men. 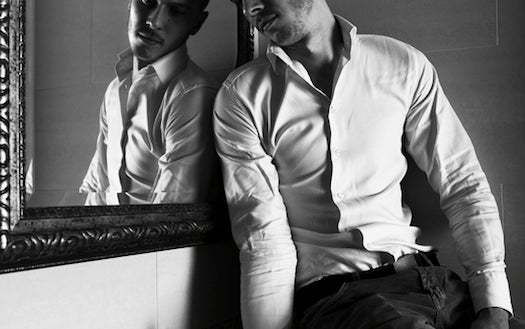 When men and women get sexually harassed, they take it out on their bodies, according to a new study. And of the effects researchers looked for, the strongest wad in men, who were most likely to throw up or take laxatives in response to harassment.

Although women are more likely to experience harassment and eating disorders, both happen to men, too. A few psychologists have previously found that women sometimes respond to harassment with disordered body image or eating, but no one’s checked if the same associations happen in men, according to the authors of the new study, a team of psychologists from Michigan State University.

The psychologists had 2,446 college students, including 731 men, fill out surveys, asking the students questions about how often somebody had touched them in a way that made them uncomfortable, continually asked for dates even when they’d already said no, or told them sexual jokes they found uncomfortable. The psychologists also asked about symptoms and thoughts about their eating and weight.

The team found that those of either gender who experienced more sexual harassment had higher rates of disordered eating and concern about their weight. Women were more likely than men to react with worrying about their bodies, binge eating, or restricting their diets, but men were more likely than women to respond with “compensatory behaviors,” which included throwing up, taking laxatives and taking diuretics in attempt to control body shape.

Since this is the first time anyone has found an association between harassment and weight concerns in men, it needs follow-up studies to check if the effect is real. And the study has a couple of weaknesses. It included fewer men than women, so you’d expect its findings for men to be more subject to chance than the findings for women. It also tests a lot of different hypotheses, examining several kinds of disordered body behaviors in both men and women. Statistically, the more different hypotheses you test in a study, the more likely you are to find a correlation just by chance. The psychologists in this study used stricter statistics to try to compensate for that.

Still, eating disorders and sexual harassment are both less often studied in men, so it’s interesting to see a study that includes men, too. It looks like in this case, at least, we may be more alike than not. “While women do experience much higher rates of sexual harassment, when men experience these kinds of behaviors and find them distressing, then you see the same types of responses you see in women,” NiCole Buchanan, the lead researcher in the study, said in a statement.

Buchanan and her colleagues published their work in the journal Body Image.