Which will better protect people and property? 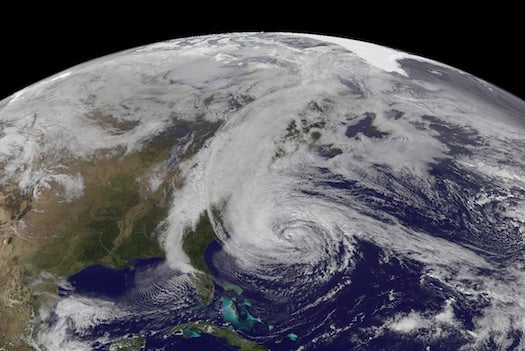 A new bill, still in its early drafts, may require the U.S. National Oceanic and Atmospheric Administration to shift some of its research toward weather forecasts—and potentially away from studies of global warming and oceans, Climate Central reported.

The bill tackles a couple of issues that news reports have found in the wake of recent disasters such as Hurricane Sandy and the Moore, Oklahoma, tornado. First is the U.S. National Weather Service’s slow weather forecasts. For example, the European Center for Medium-Range Weather Forecasts predicted Sandy’s damaging path a week in advance, Climate Central reported, while the National Weather Service wasn’t certain where Sandy would make landfall until three or four days before the storm hit. The second is the U.S.’ weather satellite coverage. The National Oceanic and Atmospheric Administration’s satellites are aging, but their replacements are running behind schedule and over budget.

The bill is far from legislation and is still open to revisions. Meanwhile, it offers a look at what its drafters, the House of Representatives’ Subcommittee on Environment, want for the U.S. agency that both runs the National Weather Service and is a major player in global warming research.

Subcommittee Chairman Chris Stuart (R-Utah) told Climate Central that weather predictions, which include storm predictions, could “protect lives and property” and that’s why the budget should shift money from weather to climate. Experts Climate Central contacted warned against taking too much away from climate research, which helps governments and businesses prepare for the long run.