By studying the way leaves shrink when they fossilize, a team of more than 100 high school students could build more accurate models of climate change. 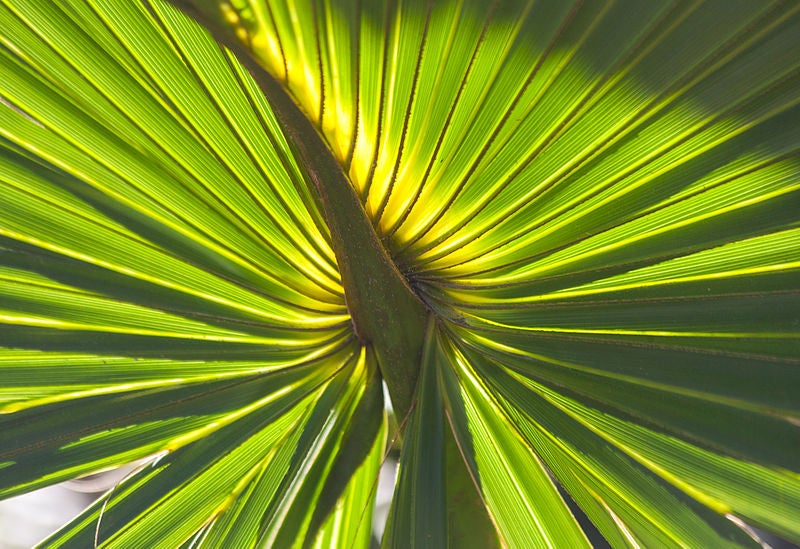 A team of high school students have co-authored a scientific journal paper with their University of Arizona grad student instructor that could have a serious impact on the reliability of climate models. Their work details the impact of shrinkage on dried, fossilized leaves–shrinkage that is often unaccounted for in climate models. By better accounting for this change in leaf size, the students found that researchers could significantly improve the accuracy of their climate models.

Climate models are usually a mash-up of all kinds of data collected from various sources, much of which is stored up in the fossil record. And one of those sources is fossilized leaves, which researchers look at to determine what kind of climate reigned in a geographical region at a given point in time. Generally speaking, larger leaves are indicative of warmer, more favorable climates.

But when fossilized leaves are measured they aren’t perfect representations of the living leaves they once were. They shrink as they dry out and fossilize, as one might expect them to. And yet, though this is readily known, most climate models don’t account for this shrinkage. Many studies and scientists have long considered such shrinkage during fossilization to be negligible. But more than 100 high school students in Arizona would beg to differ.

In a paper published in the _American Journal of Botany_–40 of the students completed enough of scientific requirements to qualify them as co-authors on the paper–the students carried out various experiments in leaf shrinkage, accelerating the fossilization process by drying leaves at about 140 degrees. They found that leaves tend to shrink when they dry out much more than previously thought–in some cases by up to 80 percent, a value that is certainly not negligible. Some species of ragwort lost more than 40 percent of their size when dried out, and on average leaves lost anywhere from 10 to 30 percent.

In other words, to treat the measurement of fossilized leaf size as roughly the same as living leaf size introduces errors into the computer models used to generate pictures of Earth’s climate history. Depending on the species of leaf, those errors can be quite large–large enough to lead to conclusions that are flawed.

To flesh out their work, the students did additional experiments, hydrating leaves after drying them, placing dried leaves in damp environments, and leaving them in mud throughout the drying process. Doing so helped them to qualify the impact of various variables on drying leaves and how those variables impact shrinkage. The results were good enough to get the students published–and perhaps to sharpen the resolution of historical climate models going forward.