The importance of global landscapes 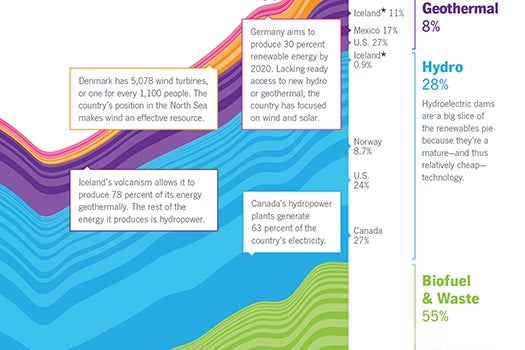 Worldwide renewable energy production reached 66.83 quadrillion BTUs in 2010. The countries in the Organisation for Economic Co-operation and Development—which keeps detailed records for its 34 members [see map]—produced 16.50 quadrillion BTUs that year. Which technology works in which country is often a matter of topography. 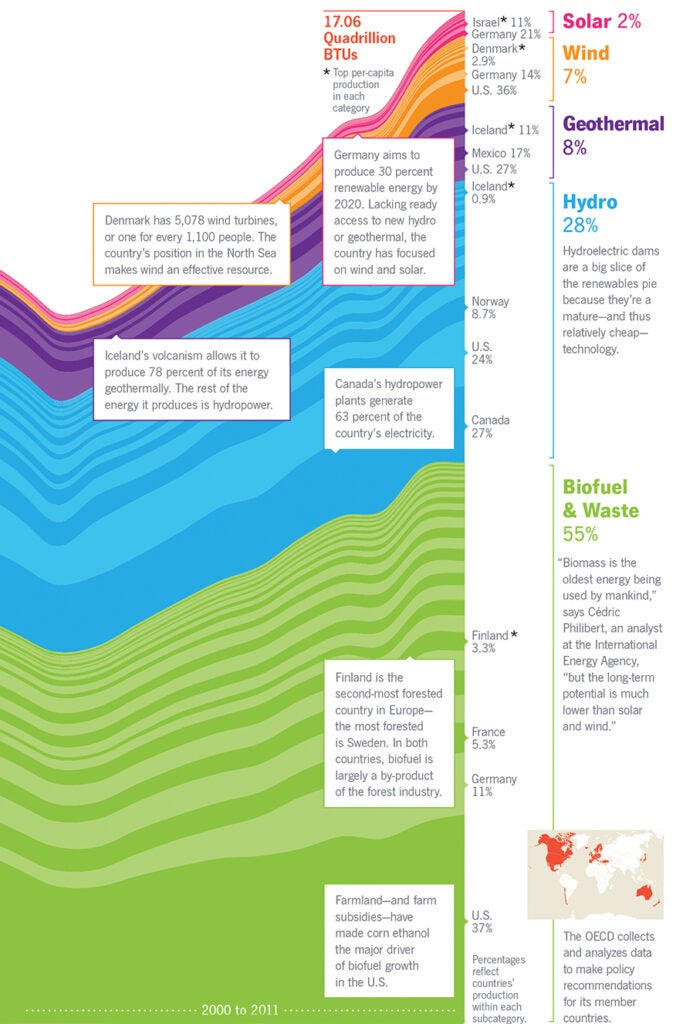