A citizen science project is transcribing handwritten field notes for more than a million insect specimens. 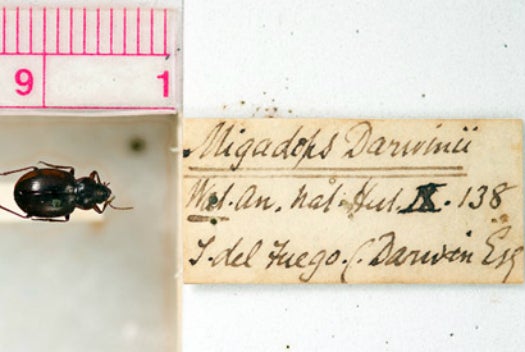 Do you have a special talent for reading scribbled handwriting and an interest in looking at dead bugs?

Rather than setting a handful of bleary-eyed undergrads with the task of transcribing hand-written field notes that correspond with its more than a million insect specimens, Calbug, a consortium of nine major entomological collections from across California, is opening the project up to the public, asking citizen scientists to help convert the records into an electronic form so they can be made available worldwide.

Led by the University of California, Berkeley’s Essig Museum of Entomology, the crowd-sourced transcription project will digitize field notes and records that correspond to insect specimens in their collections, some of which are more than 100 years old.

The bug-enthused can catch an inside glimpse at huge sections of the museum collections, while helping make those records more accessible to people around the world. Calbug is part of Notes From Nature a larger natural history transcription project from Zooniverse that also includes Herbararium, a project to transcribe plant records from the southeast U.S.

“Without the help of citizen scientists, processing the sheer volume of records held in natural history collections — estimated to be well over 2 billion worldwide — would take generations,” Essig Museum director Rosemary Gillespie said in a press statement.

Calbug’s first 20,000 images came online at the end of April as part of Notes From Nature’s beta launch, and 38 percent have now been catalogued by a total of 2,144 people. Herbararium’s collection is currently 26 percent transcribed.

“Along the way, you will be possibly be finding species that have never been observed anywhere else!” the Notes From Nature website adds.

Add your own efforts to the mix here.