Cambrian Fossil With Scissor-Like Claws Is Named For Johnny Depp 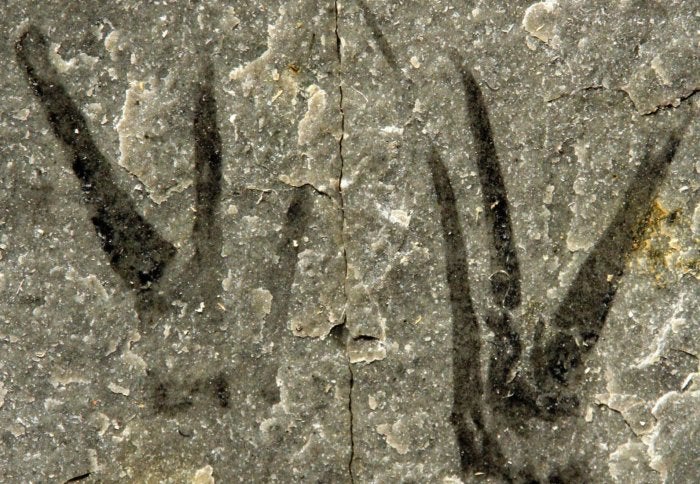 Academy Awards continue to elude Johnny Depp, but as of today no one can say he hasn’t been immortalized. A 505-million-year-old Cambrian fossil of a creature with scissor-like claws has been named Kooteninchela deppi in honor of Depp’s role as Edward Scissorhands in the movie of the same name.

“When I first saw the pair of isolated claws in the fossil records of this species I could not help but think of Edward Scissorhands,” says researcher David Legg, who conducted the research into the fossil as part of his PhD at Imperial College London, in a statement. “Even the genus name, Kootenichela, includes the reference to this film as ‘chela’ is Latin for claws or scissors. In truth, I am also a bit of a Depp fan and so what better way to honour the man than to immortalise him as an ancient creature that once roamed the sea?”

Kooteninchela deppi shares many attributes with Depp, who is a wealthy actor who owns his own island. For instance, Kooteninchela deppi lived off the coast of British Colombia some half a billion years ago and used its scissor-like appendages to scour the seafloor sediment for creatures hiding there. And Depp was in a movie about pirates.

But seriously, Kooteninchela deppi is an important find and an important ancestor in the tree of life. It belongs to a group called the “great-appendage” arthropods (in reference to the claw-like appendages they share) and are early ancestors to everything from scorpions and centipedes to insects and crabs. So it’s legacy is quite extensive, branching out into everything from crustaceans to spiders. So in terms of its body of work, that’s something even a prolific a thespian as Depp has to respect.