These Are Immune Cells Grown In Space

Scientists have been studying them to understand how astronauts' immune systems may change in space. 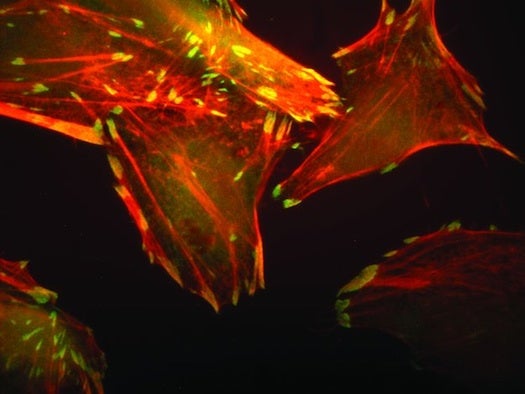 These are some monocytes—a type of white blood cell in the immune system—that lived on the International Space Station.

The cells were grown in an incubator with simulated gravity. They’ve been colored with antibodies so scientists can easily spot specific proteins in them.

Scientists from Italy and Germany have been studying how these monocytes move, and found that the space-grown monocytes have altered cytoskeletons, which reduced their motility. That change may partly explain astronauts’ weakened immune systems, the European Space Agency reports.