Does Summer Always Get You Down? You Might Be A Rat 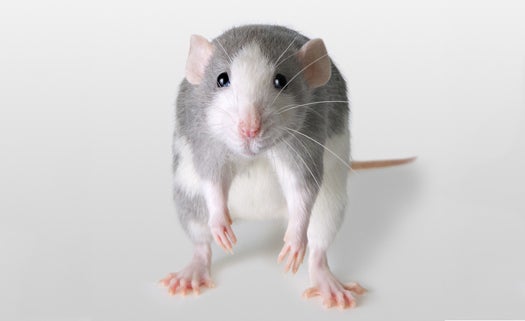 During the short, dark winter days, many humans suffer from seasonal affective disorder, in which they experience symptoms of depression that subside come springtime (and recent research suggests all mental illnesses, not just depression, might get worse in winter.) A new study has found that rats get SAD, too—but during the long, sunny summer days, instead.

The biologists found that rats who spent most of the week in the dark had more neurons synthesizing dopamine, a neurotransmitter associated with reward and pleasure. By contrast, the rats who spent the week in the light produced less dopamine and more of the neurotransmitter somatostatin, which may be linked to anxiety. The rats who got more hours of darkness were also more willing to swim and explore the open end of an elevated maze, which suggests they were more confident and less stressed.

“We’re diurnal and rats are nocturnal,” says Nicholas Spitzer, a biology professor and one of the study’s authors. “So for a rat, it’s the longer days that produce stress, while for us it’s the longer nights that create stress.” According to Spitzer, greater knowledge about how light alters neurotransmitter production in the brain could eventually lead to new treatments for diseases like Parkinson’s, which are linked to the death of dopamine-generating brain cells.

The study appears in the April 26 issue of Science.

Another science-tested way to depress a rat? Terrorize it with a robot.