AWESOME! Because one cell has so little DNA, scientists typically pool together millions of cells to sequence a genome. Last... 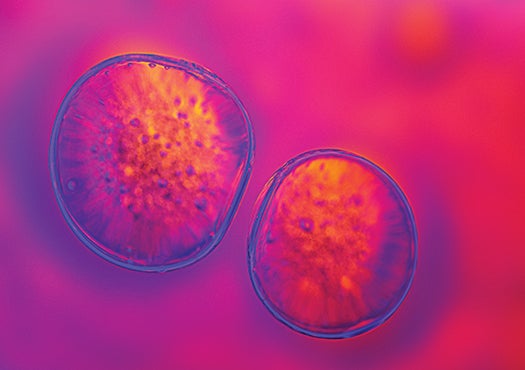 AWESOME!
Because one cell has so little DNA, scientists typically pool together millions of cells to sequence a genome. Last December, Xiaoliang Sunney Xie and colleagues at Harvard University developed a technique to carefully copy single genes and then rapidly duplicate and sequence them using existing methods. Trumping other techniques for sequencing single cells, the new method covers up to 93 percent of a cell’s DNA.

NOW WHAT?
When scientists sequence together a group of cells, they can miss the mutations that make each cell unique—mutations that can also serve as important signs of disease. People may use the new technique to more quickly identify cancer cells, administer less invasive prenatal tests, perform personalized medicine, or even identify a suspect from a single cell left at a crime scene.