Fusion Rocket Would Shoot People To Mars In 30 Days

One team will be testing fusion propulsion this summer in Redmond. 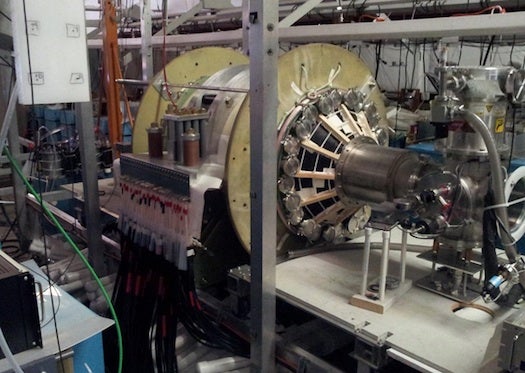 A research team in Washington state is on its way to making a fusion rocket that could carry people to Mars in 30 days, NBC News reported.

Scientists spent much of the last century trying to harness fusion energy, but never succeeded. NASA funded this latest effort through its Innovative Advanced Concepts program, which the agency describes as a program for creative ideas that may be 10 years or more away from use on a mission. Phase II projects, such as this fusion rocket, received about $600,000 over three years.

The Washington team members include physicists from the University of Washington who say they’ve demonstrated all of the parts of their technology. They now need to combine the components into one experiment that creates energy.

The team’s idea is to use a strong magnetic field to fuse a series of metal rings into a shell around a deuterium plasma. The shell compresses the plasma, creating a fusion reaction that lasts just 25 millionths of a second, NBC News reported. The reaction heats the metal shell and blasts it out of the back of the rocket at 67,000 miles per hour, propelling the rocket. The team hopes that with enough of these brief reactions, they can push a rocket along continually, all the way to Mars. 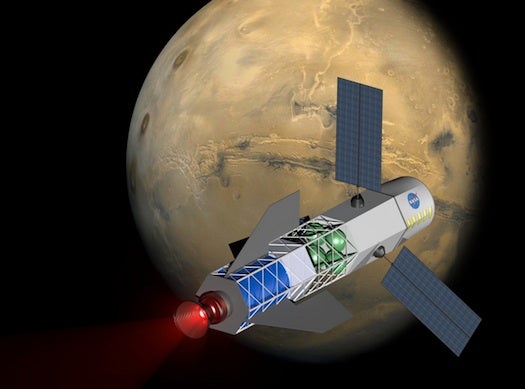 Artist’s rendition of a fusion-driven rocket

The team members, led by University of Washington aeronautics researcher John Slough, have heated deuterium plasma up to fusion temperatures. They’ve also tested their magnetic field. They plan to put the two together late this summer, NBC News reported. The experiment will take place at the University of Washington’s Plasma Dynamics Lab in Redmond.