Did You Seriously Get Funding To Study Whether Instagram Is All Selfies?

Today in "Did You Seriously Get Funding To Study That?" a group of Swedish researchers performed a study to see if people try hard at Instagram. 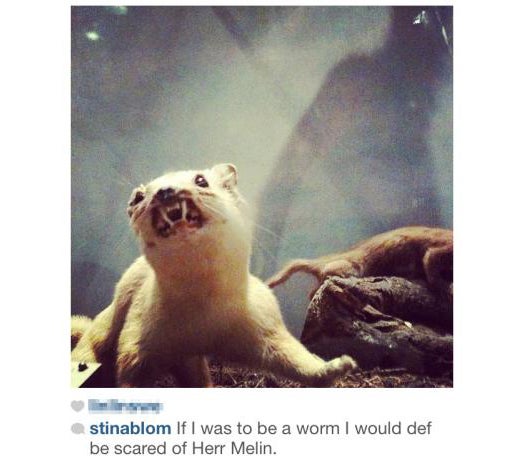 Good work by the research team at the University of Gothenburg, which has a bright future as respectable-looking, labcoat-wearing con men if this whole science thing doesn’t work out. The three-person team gave phones with Instagram to a bunch of people at a museum and watched what they did with them.

The findings: people used those phones to take pictures and upload them via Instagram.

It seems that the study was motivated by a perception in “the media” (who are these people??? Am I one of them? I don’t think I’ve suggested anything of the sort!) that Instagram is a “trivial pastime” “used to post mostly of self-portraits and pictures of food [sic].” This sort of photography is classified as “shallow” in addition to “trivial.”

And yet, the study found that in a natural history museum, people took pictures of things in the natural history museum! The study did not strategically lay plates of eggs Benedict around the museum to see if the subjects would choose to take shots of food over shots of stuffed weasels, but despite this glaring oversight, did find that the pictures were the result of “a lot of effort,” according to Ph.D student and aspiring grifter Beata Jungselius.

“The study also indicates that smart phones have changed the way we share our experiences,” reads the press release.