Can Oxytocin Get Me A Boyfriend?

A personal experiment with the love hormone 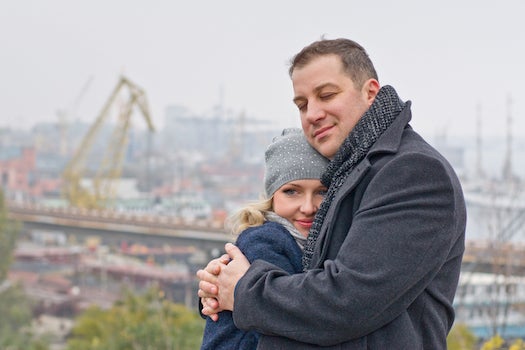 We met up at a dim sum place in Chinatown. He smiled when he saw me, and I gave him a long hug. Already, there was none of the stiff awkwardness that had plagued our first two dates. What my companion didn’t know was that minutes before arriving at the restaurant, I had inhaled two puffs of oxytocin, a polypeptide hormone that might be the biological basis for love.

The brain releases oxytocin into the bloodstream during physical contact such as stroking, hugging, and sex. When this happens, blood pressure lowers and you feel calm, safe, and trusting. As a part of the body’s anti-stress system, it works as a mirror to adrenalin, the hormone associated with the fight-or-flight response. I was researching oxytocin for an article about the science of love, and I decided to conduct a little experiment: Could taking the hormone before a date make me fall in love?

I ordered the $60 bottle of OxytocinFactor from ABC Nutriceuticals, one of a handful of companies that sells the hormone as a nasal spray. Three days later, a box containing 30 milliliters of oxytocin arrived at my doorstep from Boise, Idaho. The packaging read, “The hormone that makes love and relationship possible.” Bryan Post, the owner of the company, told me that he tested his product on “himself, his mother and 30 other people.” He claims the drug isn’t addictive, and it won’t get you high—it just “lowers your anxiety.” 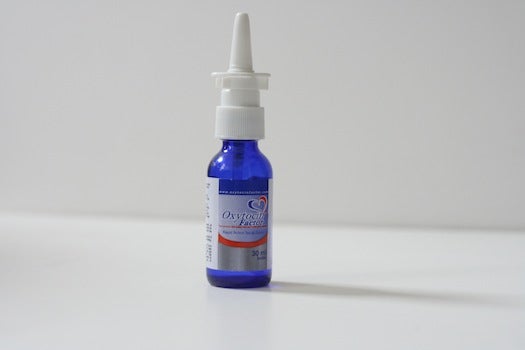 For decades after its discovery in 1906, oxytocin was regarded as a “female hormone” because mothers’ brains release it during childbirth, according to Kerstin Moberg, a Swedish scientist and an early pioneer in oxytocin science. But in the late 1980s, Moberg’s research showed that both men and women get an oxytocin rush when they are in physical contact. Animal studies in the 1990s found that the brains of many other mammals release oxytocin during mating.

Of course, I knew the placebo effect could mangle that the results of my not-so-scientific experiment, so earlier that day I met with Marcel Kinsbourne, a neuropsychologist at The New School in New York City. In his office at Union Square, I told him about my plan to take oxytocin before a date that same night. He got very excited, but told me that a lot of factors can play a role in what happens. The third date is often when a pair has the best time together, and it’s important not to draw any conclusion from that, he said in his calming German accent. He made me promise to report back the results.
Oxytocin products are being marketed on the internet as pills and sprays to increase trust and cure stress.

I also spoke with two women who definitely don’t believe the oxytocin rush is all placebo effect. Susan Kuchinskas and Elisabeth Cruz organize oxytocin parties in Berkeley, California. Called “Love Chemistry,” the parties are for people who are interested in the science of love, says Kuchinskas. At the parties, people take artificially produced oxytocin together as an icebreaker. Cruz and Kuchinskas have gotten many different reactions from the attendees. “Some people feel warm and then they feel really calm while others feel disconnected, and they don’t know if they like it or not,” says Cruz. “There have also been nights when people feel so comfortable they don’t want to go home.”

But many scientists remain dismissive of how oxytocin products are being marketed on the internet as pills and sprays to increase trust and cure stress. “Some of the indications and proposed usages of oxytocin might very well be true, but there is too little research to say so yet,” says Moberg. Many of the properties attributed to the hormone rely on just one study, she explains.

There are many studies, however, that have examined the effects of oxytocin on animals. In one 2003 experiment, researchers petted pairs of rats that were caged together. When they were later released into a larger group, the two rats were much more likely to mate than rats that hadn’t been stroked. The researchers saw the same results among pairs of rats that received injections of oxytocin instead of petting.

I was skeptical that my spray would have any effect at all. Morberg told me that when oxytocin is released into the bloodstream it comes in waves, sometimes over a long period of time. So taking a dose through the nose might produce an effect, but it will never be as strong as when the body releases the hormone naturally.

I decided not to tell my date I had taken the hormone. Kinsbourne had explained that if just one person acts more comfortable and interested, it can spark a natural release of oxytocin in the other person. My companion was tall with dark hair, and I thought I had never seen him so nicely dressed before. He wore dark jeans, a black jacket and a hat (in retrospect, I hate chunky hip-hop caps, but at the time I found everything about him very charming.) We took a tiny table in the middle of the room. It was a brightly lit, busy place, and the waitresses were screaming loud orders in Shanghainese. It wasn’t romantic, but I didn’t care—I was in a very good mood.

And my date definitely seemed more confident and relaxed. I sensed that he liked this calmer version of me better than the very intense and chatty version he had met before. We took a long walk home, and, for the first and only time, I imagined us as a couple.

We were going uptown on the same train, and before he headed out, he asked me if he could come with me back to my place. Sitting there close to him, I wanted to say yes, and it felt strange to leave him after such an intimate evening. But something made me hesitate, the train stopped, and I said no. He bent forward and kissed me on the cheek, looking miserable as he left the train. Oxytocin might have increased my trust and made me more patient, but it hadn’t made me lose my guard.

After our very affectionate date, I was excited to meet him again a few days later. I didn’t take oxytocin this time. He came to my place for pancakes, and I was a little nervous. As he sat there in my kitchen, we suddenly had nothing to talk about. It was back to stiff conversation. I didn’t find him very attractive and got annoyed that I had to come up with things to talk about.

I think he could feel it, and after we said goodbye, he sent me a text thanking me for the pancakes. I never heard from him again. Maybe I was under the spell of oxytocin that earlier night, or perhaps it was, as Kinsbourne said, “the magic of the third date.”

Viola Gad is a freelance writer based in New York City. Follow her on Twitter as @violagad.