This Weird Green Rock Is From Mercury

Well, Mercury or a "Mercury-like body." It's unlike any other meteorite ever found on Earth. 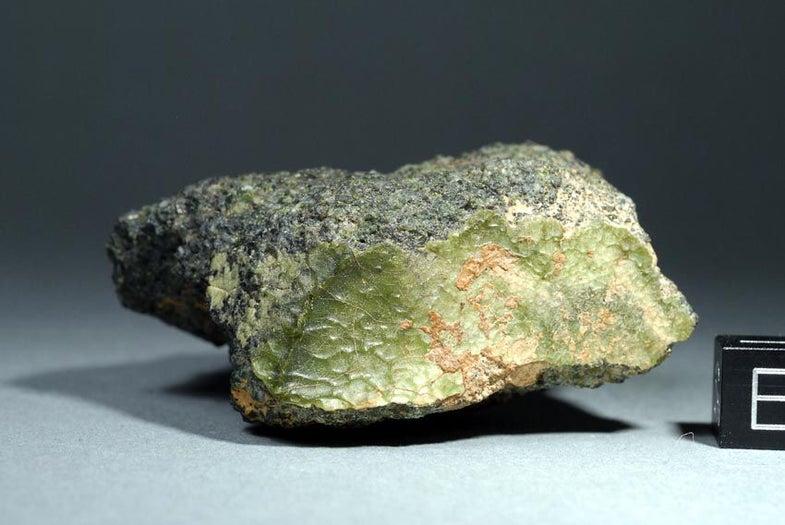 Last year, a group of 35 meteorite samples was found in Morocco. One of them was this guy, a curiously green sample given the name NWA 7325. Further analysis indicates that its color isn’t the only unusual thing about it–this meteorite isn’t like any we’ve ever seen before.

NWA 7325 has a few very odd qualities. Its magnetic intensity is extremely low, for one thing, which has been an integral fact in figuring out just what the hell this thing is. Magnetic intensity is shared by rocks and the planet they originate from; Earth rocks have a magnetic intensity that can be tied to Earth, for example. This one’s magnetic intensity is highly similar to that of Mercury, which was confirmed by Messenger, the spacecraft currently in orbit around the closest planet to the sun. There are some other clues; the meteorite is also very low in iron, like the planet, and it doesn’t have any of the chemical signifiers that would identify it as, say, a Martian rock.

It’s the first meteorite to be identified as coming from Mercury, or (as is possible, though not likely) a Mercury-like body. It’s estimated that this meteorite (and the others found with it) are about 4.65 billion years old.