These Are The World’s Deadliest Killers

HIV, cancer, malaria, and more, up close--plus some non-killers, to show what this new microscopy system can do. 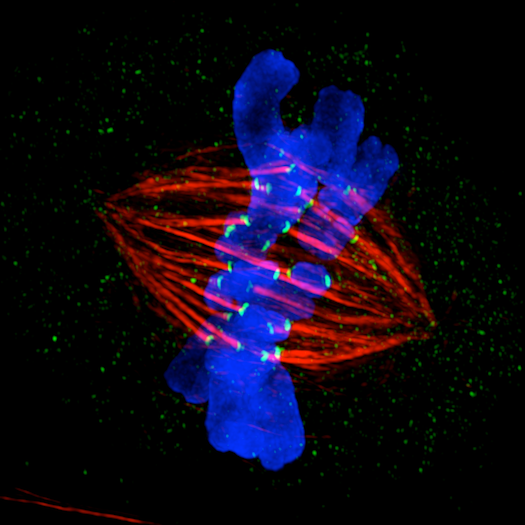 This is the winner of GE's Life Sciences Imaging Competition for 2012--it's a shot of a cancerous metaphase epithelial cell. It'll be displayed on a big billboard in Times Square as a prize!. Jane Stout
SHARE

At three Australian universities, a new tool is allowing researchers to see things that have never been seen before. GE’s superfancy new microscope, the DeltaVision OMX Blaze, is designed to see deep into cells to learn exactly how diseases work. Says GE:

The OMX, which GE launched in late 2011, uses a combination of optics and powerful computer algorithms to crash though the diffraction barrier, long thought as the limit for the resolution of optical microscopes. (The barrier stops microscopes from distinguishing between two objects separated by less than approximately half the wavelength of light used to image them.) The GE technique, called 3D structured illumination microscopy (SIM), more than doubles the resolution in all three dimensions. The result is that the OMX can see objects as small as 100 nanometers, ten times smaller than the typical germ.

They’ve been specifically looking at malignant items in the body: cancerous cells, viruses like HIV, and dangerous bacteria. Click through to our gallery to see these killers in more detail than you’ve ever seen before.

This is the winner of GE’s Life Sciences Imaging Competition for 2012–it’s a shot of a cancerous metaphase epithelial cell. It’ll be displayed on a big billboard in Times Square as a prize! 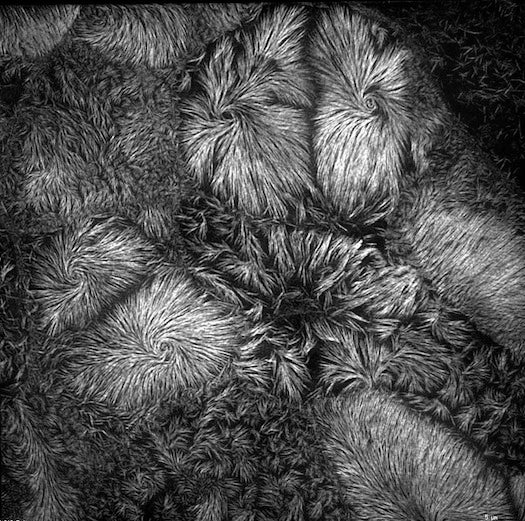 These CACO-2 intestinal epithelial cells are derived from cancerous colon cells, and are helping us create new ways to deliver drugs within the human body. 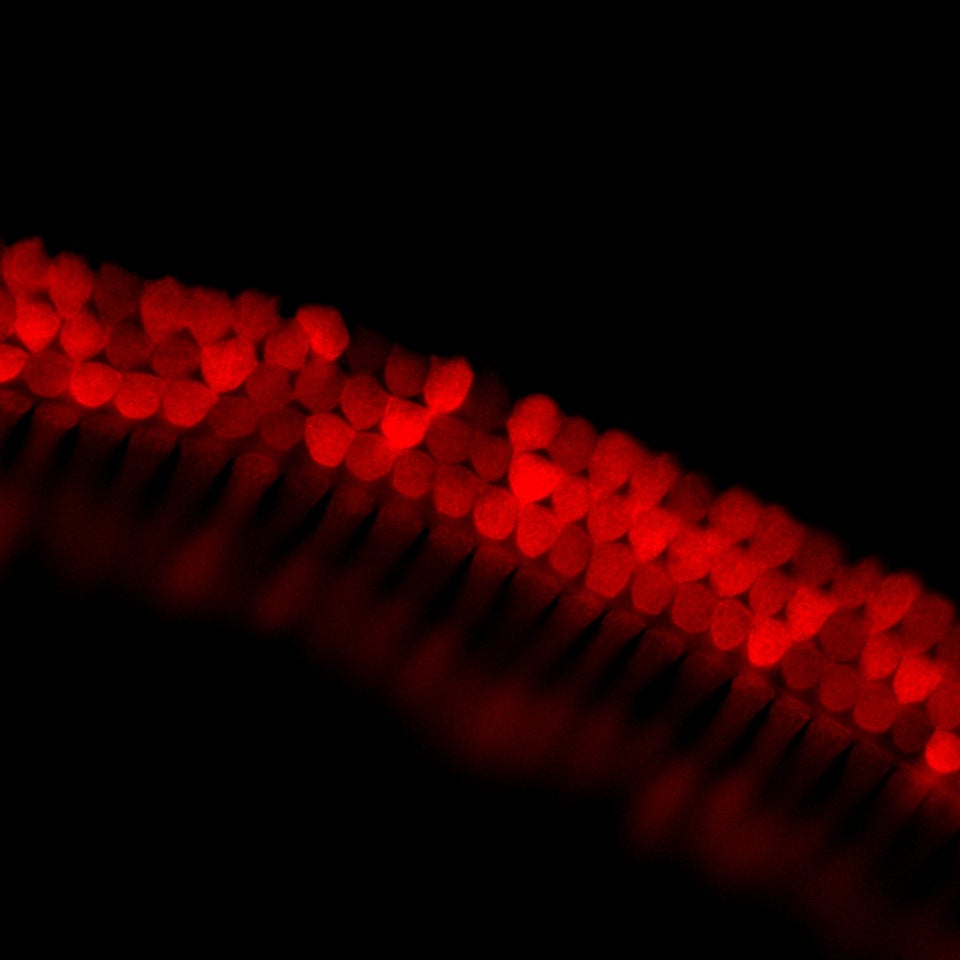 According to GE, this curious strip of red dots is actually an array of cells of the inner ear which help us to detect sound. 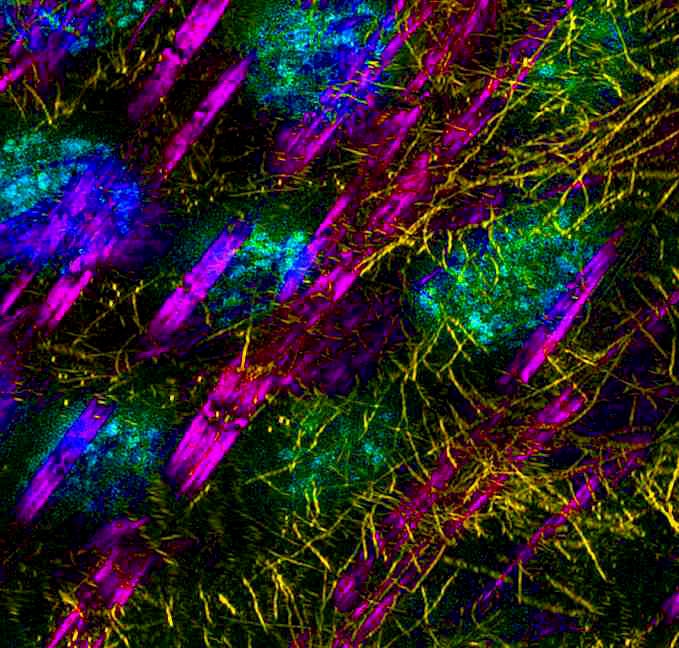 This pretty, colorful image is actually cancer of the neurological type. The different colors are different elements; blue is DNA, actin is purple, that kind of thing. 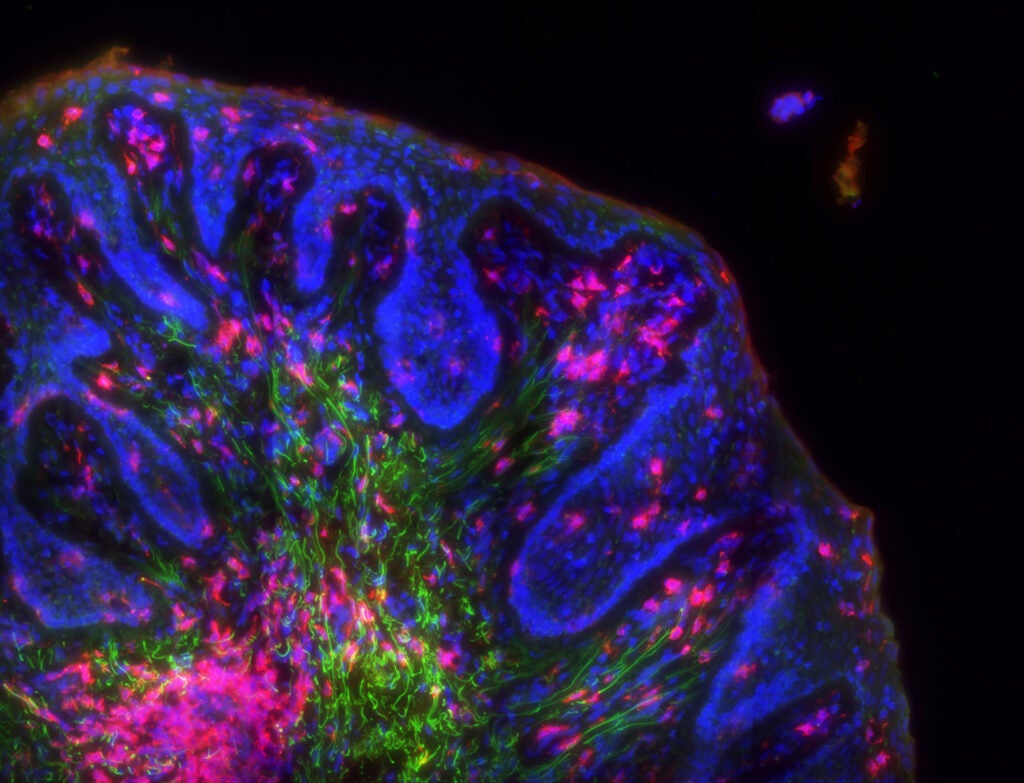 This is HIV. The different colors are stained with dye to show what they are; nuclei are blue, stroma are green, CD4+ cells are red. 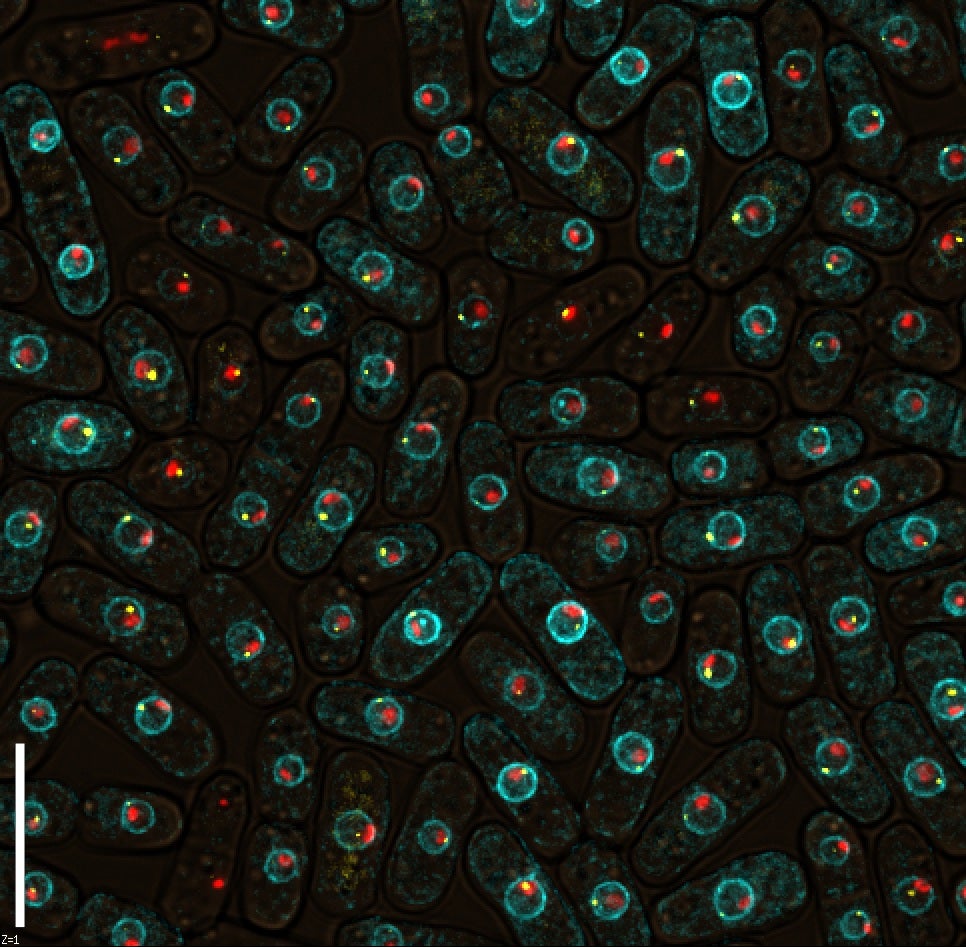