Something Is Killing Up To Half Of America’s Bees

Whatever's killing honeybees is getting worse, but we still don't know what it is. 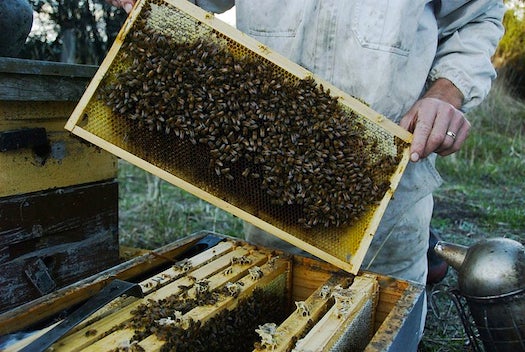 There’s some kind of environmental issue/plague/apocalypse killing America’s honeybees, but years after it first started happening, scientists are still putting together what it might be. Meanwhile, 2012 was the worst year ever.

Before about 2005, beekeepers might lose 5 to 10 percent of their hives when winter rolled around. Now some beekeepers are losing more than 50 percent to what’s called colony collapse disorder. New pesticides called neonicotinoids, which are implanted directly into plants, might be to blame, but nothing’s definitive, the New York Times reports.

That means a poor yield for beekeepers, and ultimately problems for consumers. Bees don’t just make honey, remember, but pollinate a ton of what we eat–as much as a fourth of it. That could lead to less food and higher food prices. Hopefully the problem gets fully diagnosed–and fixed–sooner than later.