No, Architects, You Can’t Plant Trees On Top Of Skyscrapers

Despite all the trendy concept drawings you may have seen, trees actually hate living on top of buildings. 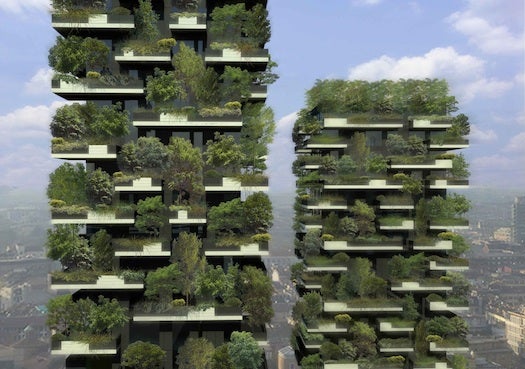 You’ve seen them. Those artists’ renditions of futuristic skyscrapers, with trees growing in rooftop gardens or mid-building parks. City living is hard on the human psyche, so architects imagine that in the future, we’ll have soothing green spaces built right into our high-rises.

First, it’s much windier up there, which strips the tiny protective layer of air every leaf maintains. Some plants evolved to live in hot and windy climates and have adaptations to deal with this, but they aren’t the tall, straight-trunked trees most often seen in drawings of green architecture.

Also, the weather really sucks. Temperatures are more extreme, and the velocity of rain, hail, snow and sleet is greater.

De Chant advocates spending time and money to preserve ground-level green spaces instead, which is a great idea. But what if, at the same time, we just ended up with skyscrapers growing the kinds of trees evolved for mountaintops and sea cliffs? That could be pretty cool: 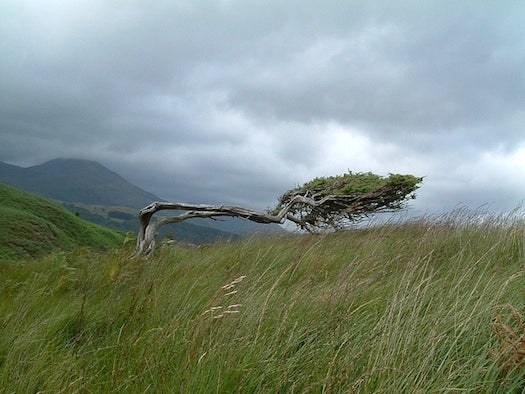