Mice Get Smarter After Scientists Inject Them With Human Brain Cells

Researchers show how glial cells can give mice a boost. 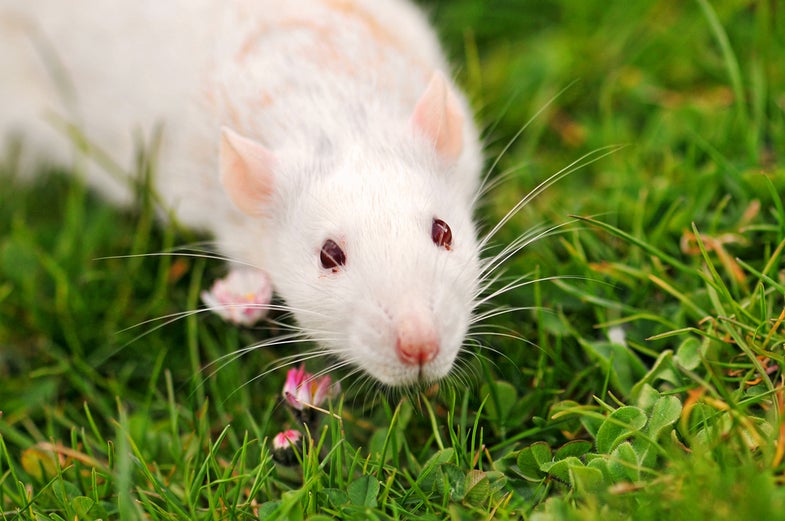 When you think of a brain, you might imagine a flashing chain of neurons beaming messages to one another. But a new paper suggests that’s not the whole story, and they found this out by PUTTING HUMAN BRAIN CELLS IN MICE AND MAKING THEM SMARTER.

The non-neural brain cells they used are known as “glia“–like the “glue” of the system, although they’re also neural protectors and janitors–and they’ve been seen for awhile as supporting actors in the brain game. But the scientists involved in the experiment wanted to test for their importance to information processing. So, the team of researchers led by Steven Goldman and neurobiologist Maiken Nedergaard got to work. 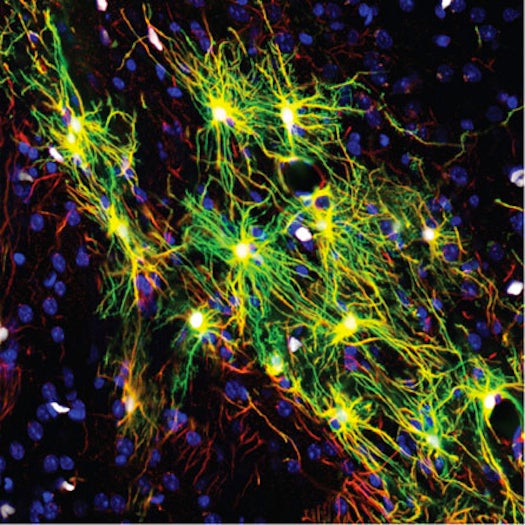 Human Astrocytes In A Mouse

The yellow-green areas are human astrocytes and the blue spots are mouse cell nuclei.

The researchers first implanted glial progenitor cells into newborn mice. Those cells make different types of glia, including astrocytes, which in humans are much larger and more complex than in other animals (neurons, by contrast, are pretty much the same between species). That might mean astrocytes are what separates human brain-power from, say, mouse brain-power.

Hopefully the mice don’t become so smart that they figure out what’s making them smarter.