A look around one of the darkest neighborhoods on Earth 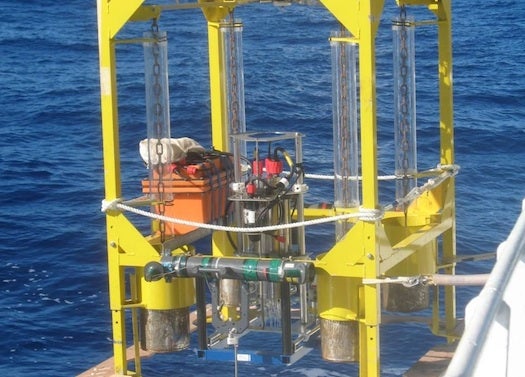 The bottomest bottom of the ocean, nearly 11,000 meters (6.8 miles) down, is actually full of microbial life, a new study found.

An international team of marine scientists sent an autonomous instrument down to measure oxygen at the bottom of the Mariana Trench in the central western Pacific. The Mariana is the deepest known ocean trench. The researchers found unusually high rates of oxygen consumption, a sign of microbe metabolism. (Living microbes, like people, take in oxygen.)

The finding is surprising because it’s hard to get enough food down so far. All bottom-dwellers depend on food that drifts down from the shallower parts of the sea. Only 1 or 2 percent of the organic stuff from the surface is supposed to make its way to depth of 3,700 meters, according to an explainer from Nature Geoscience.

Yet the Mariana Trench explorers found oxygen consumption rates that were twice as high as in a location about 60 kilometers away that was only 6,000 meters deep. They also pulled up some sediment from the Mariana Trench and found way more bacteria than in their 6,000-meter-deep location.

The trench probably isn’t getting more organic stuff snowing down in it, Nature Geoscience reported. Instead, researchers measured the rate at which sediment was deposited in the trench and found that it was unusually high, which means the trench may be trapping an unusual amount food for its microbial denizens.

The activity in the trench is so high, it could actually be an important part of the planet’s carbon cycling and climate. “The fact that large amounts of organic matter that contain the carbon accumulate and are focused in these trenches also means they play an important role in the removal of carbon from the ocean and the overlying atmosphere,” Richard Turnewitsch, one of the Mariana Trench researchers and a member of the Scottish Association for Marine Science, told the BBC.

By the way, yes, the Mariana Trench is the same one that filmmaker James Cameron visited last year in a submarine. The Nature Geoscience explainer poked a bit of fun at Cameron for calling the trench a “sterile, almost desert-like place” (ah, science humor).

Turnewitsch and his colleagues published their work yesterday in Nature Geoscience.