U.S. Considers Testing A Vaccine Against Weaponized Anthrax For Children

A government bioethics commission says yes, but only under certain circumstances. 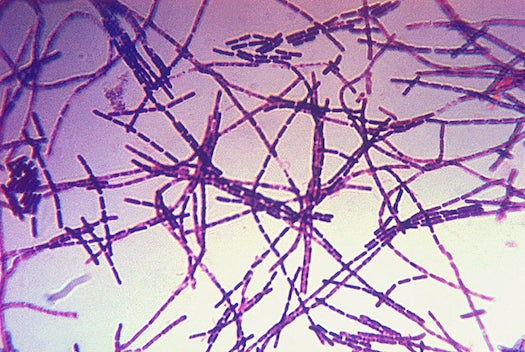 Being an ethicist isn’t easy. Here’s the quandary the Presidential Commission for the Study of Bioethical Issues just sorted through: when it’s ethical to give an anthrax vaccine to children.

In the pro column, if there was a biological attack on the U.S., vaccination would prep kids for it. But on the other hand, critics of a plan like that say, the chances of that happening are low compared to the chance that some children will react poorly during a vaccine trial. So what’s the greater risk?

The bioethics commission’s report released yesterday says it’s worth the risk of a vaccine trial–but only if that risk is established to be very low. To do that, health officials could first test a vaccine in older age groups–late teens, say–then work their way down to young children. If the vaccine is shown to have only very mild effects on older children, like soreness from the injection, trials could progress to younger and younger children in a process called “age de-escalation.” Any reactions worse than that–even as minor as a mild fever–would require “extraordinary circumstances” and approval from a national ethics panel to use on children.

The anthrax vaccine is used by adults in the military, including on men and women as young as 18, and it’s effective with minimal risk. It’s even made from an inactivated protein in the virus, which, as Science Insider notes, makes it similar to other childhood vaccines. But there’s not data on it for children 17 and younger, which makes any call on using it on them (or not) a tough one to make.