An expedition led by Amazon's Jeff Bezos recovered two F-1 engines from moon missions of the 1960s and 1970s. 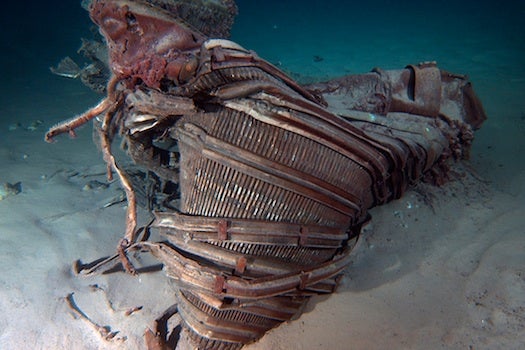 Twisted, scum-covered pieces of the engines that sent the first people to the moon got pulled up from the bottom of the Atlantic Ocean today.

Jeff Bezos, an Amazon founder and billionaire, led an expedition to recover F-1 engines that boosted U.S. astronauts to the moon in the 1960s and 1970s. The engines were part of the first stage of Saturn V rockets, and would generate the 7.5 million pounds of thrust needed for takeoff from the launch pad. After using up their fuel, the Saturn V rockets’ first stages would detach and fall back into the ocean.

Bezos and a private team first announced almost a year ago that they’d used sonar to locate engines lying 14,000 feet below the surface of the Atlantic. Now, after spending three weeks at sea, they’ve brought up enough components to reassemble two F-1 engines, Bezos wrote on his website. Each Saturn V rocket had five engines.

Bezos plans to restore the engines for public display. The machinery could be from Apollo 11, that very first moon mission, but that’ll be challenge to confirm, Bezos wrote. The engines’ serial numbers have worn away.

“This is a historic find and I congratulate the team for its determination and perseverance in the recovery of these important artifacts of our first efforts to send humans beyond Earth orbit,” NASA Administrator Charles Holden said in a statement. NASA still technically owns the recovered engines, although Bezos’ expedition was entirely privately funded.

Last year, Holden said if Bezos recovered one engine, it would likely go to the Smithsonian Institution’s National Air and Space Museum in Washington, DC. If there were a second engine, it would go to the Museum of Flight in Seattle, at Bezos’ request.

Check out the pictures below for a look at the engine components sitting underwater, and freshly pulled aboard ship. 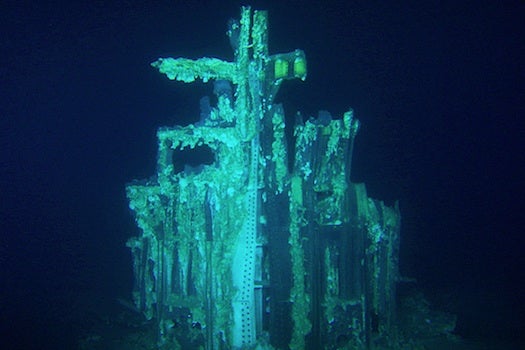 Amazon founder Jeff Bezos led an expedition that brought up the pieces of two Apollo-era F-1 engines today. The engines are still among the most powerful ever built. 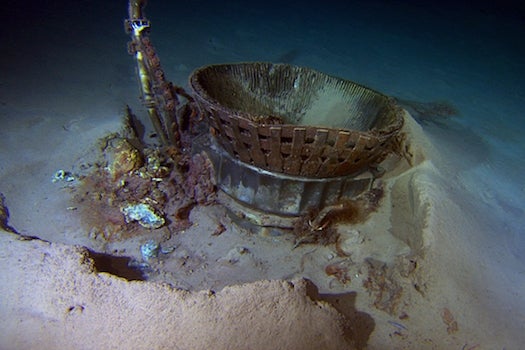 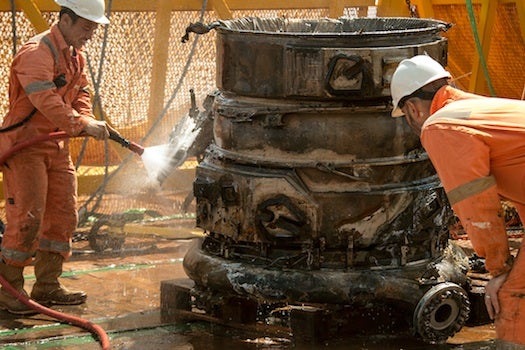 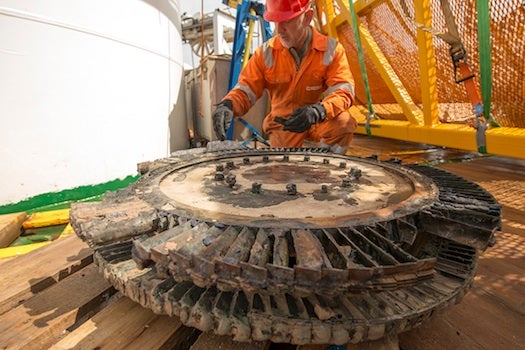 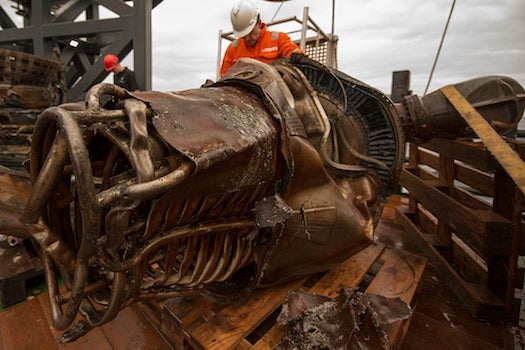 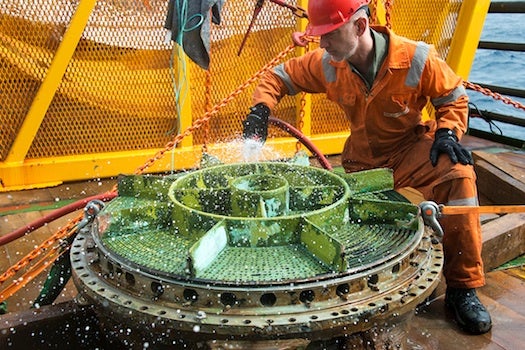 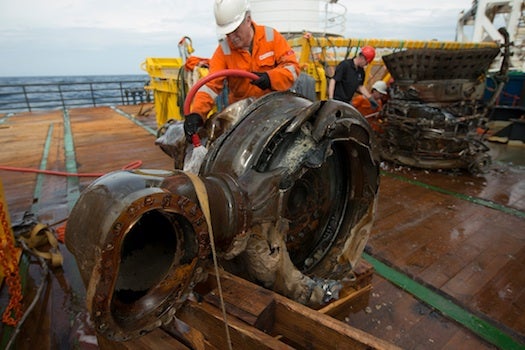