Find how your favorite author stacks up. 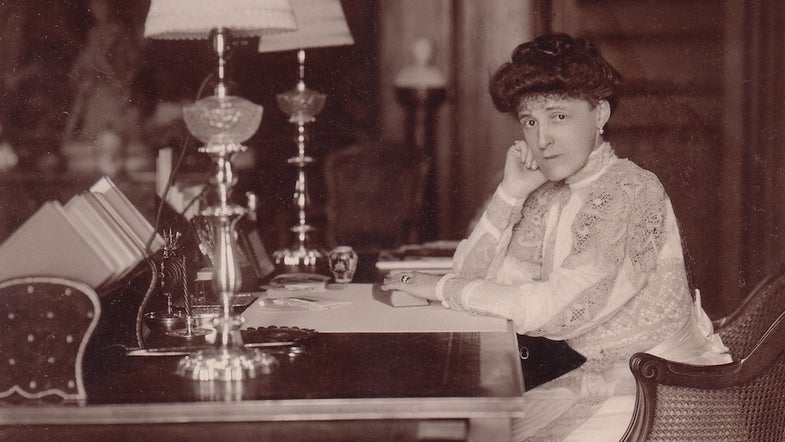 Plutarch was practically the worst, Edith Wharton was right on, and Shakespeare was about average.

That’s all in terms of the balance of pronouns they used in their writing. Plutarch used nearly 16 masculine pronouns for every feminine one in his books, while Shakespeare had a 3:1 ratio of pronouns. Edith Wharton’s books, on the other hand, talked about men and women in nearly equal measure.

All these numbers and more come from an analysis by Benjamin Schmidt, a grad student in history at Princeton University. Schmidt helped make Bookworm, a program for mining the text in digitized books, then ran a pronoun analysis on the books of 1,000 authors using his program. 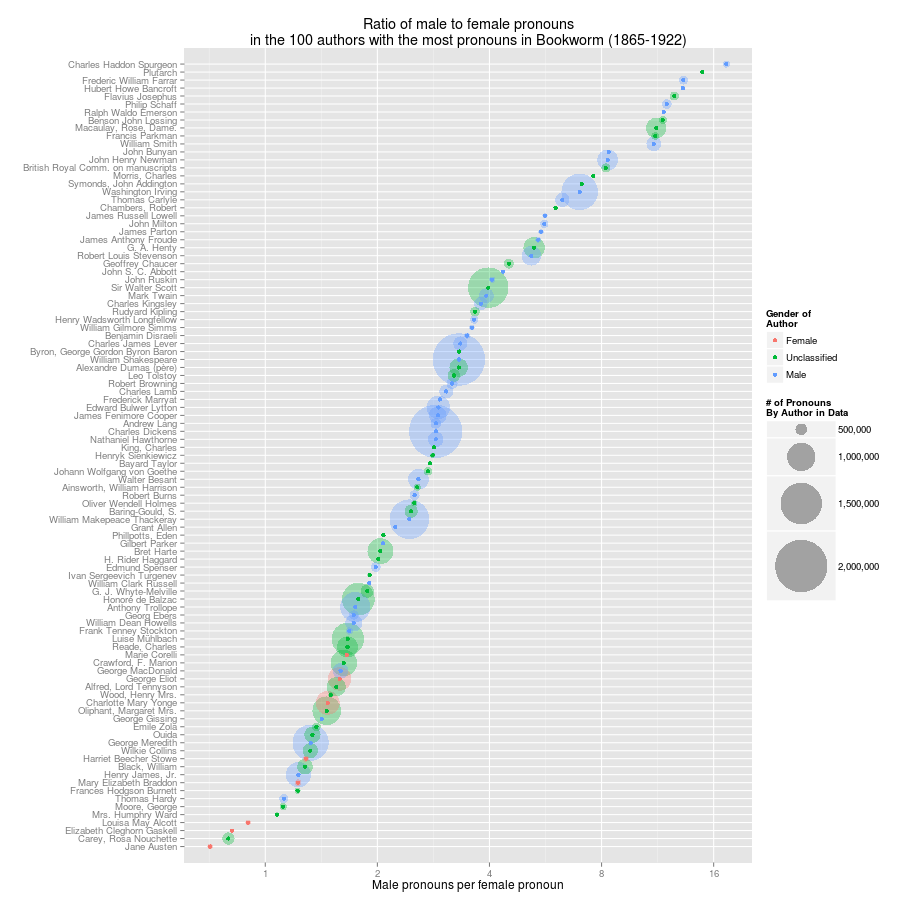 The vast majority of authors use far more masculine pronouns than feminine ones, he found. The 25—just a thimbleful—that skew feminine include Jane Austen and Louisa May Alcott.

Schmidt poked around at some other analyses, too. Check out his blog for more graphs and breakdowns.

P.S. Curious why some authors don’t seem to be assigned either male or female in Schmidt’s graphs? That’s because Bookworm automatically determines authors’ genders by comparing their first names with first names in the U.S. Census. If a name is associated with either men or women 97 percent of the time in the census, Bookworm says, “Aha, this author is a [lady/gent].” If the name is not associated with one sex 97 percent of the time (Frances, Marion, Ollie, Allie), Bookworm says it cannot determine the author’s gender. Schmidt describes more of Bookworm’s limitations here.