9-Year-Old Girl Gets Dinosaur Named After Her, Makes All Other Children/Adults Jealous

4-year-old Daisy Morris found some bones while strolling on the beach--a few years later, she now has a pterosaur named after her. 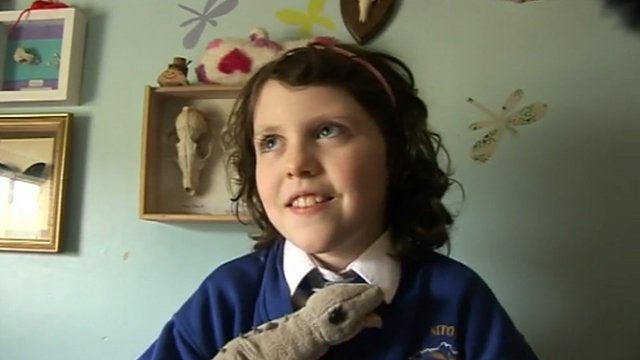 A few years ago, while strolling down a beach on the Isle of Wight (a small island in the English Channel), 4-year-old Daisy Morris stumbled on something unusual. She’d always been interested in dinosaurs, and had started hunting for fossils a year earlier with her mother. But this looked a bit different–blackened bones sticking out of the sand that didn’t look quite familiar.

She took them to an archaeologist who discovered that the bones were fossils from the early Cretaceous period, about 100 million years ago, and that they belonged to a previously undiscovered creature. Four years later, the study was published in PLoS One, explaining that the bones came from a small species of pterosaur, a flying dinosaur, which has been named in Daisy’s honor: Vectidraco daisymorrisae.

Pterosaurs have been found before on the Isle of Wight; in fact, the Isle is one of the richest dinosaur sites in all of Europe. You can even see dinosaur footprints at one part of the beach at low tide. So it’s not too surprising that after Daisy’s discovery, researchers dug a bit further and managed to come out with almost a full skeleton of the 12-foot-long flying ‘saur, which will be displayed at the National History Museum.