180,000 Deaths A Year Around The World Linked To Sugary Drinks 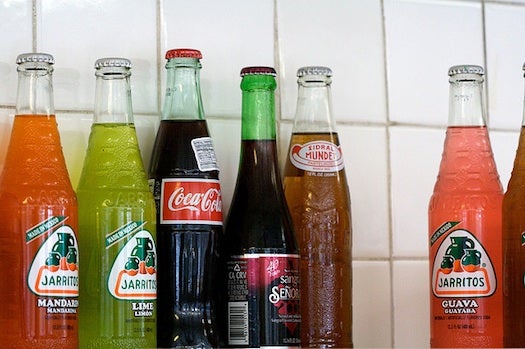 While the science linking sugary drinks with obesity and illness is still uncertain, one new study has come up with a number: 180,000 deaths a year worldwide may be associated with sodas, sports drinks, fruit drinks and other sweet, sweet beverages.

In the U.S., 25,000 deaths in 2010 were related to drinking sugary drinks, the study estimated. But the countries that suffered most were low- and middle-income.

To get their numbers, public health researchers examined data from the World Health Organization’s 2010 Global Burden of Diseases Study about 114 countries representing about 80 percent of the world population. The researchers calculated the associations between people’s body mass indices, their sugary drink consumption and deaths from different diseases. They found links between sugared drink consumption and 133,000 worldwide deaths from diabetes, 44,000 deaths from cardiovascular disease and 6,000 deaths from cancer.

Just to be clear, the researchers didn’t find drinking sweet things caused people to die. They studied how likely the same people were to drink a lot of sugary beverages, have a high body mass index and die of diabetes, heart disease and cancer. Cause is more difficult to prove, and scientists usually look for associations in large population studies like this.

The authors of the worldwide-deaths study presented their findings yesterday at the conference hosted by the American Heart Association, which offered a recommendation: That adults drink no more than 450 calories’ worth of sugary drinks a week, for those on a 2,000 calorie diet.