And that could mean better pain medication. 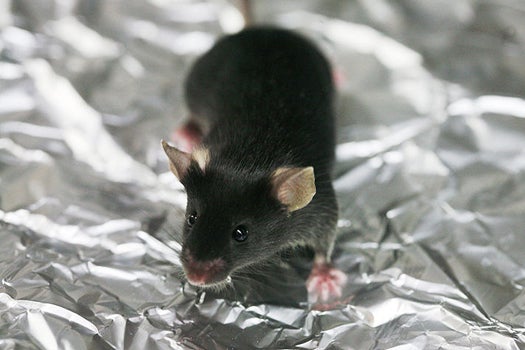 In the depths of winter, nothing seems as tempting as the inability to feel how frostbitten your toes are. Thanks to a group of neuroscientists at the University of California, that could soon be possible (though maybe not advisable.) They were able to identify the specific neurons that transmit cold sensations and shut them off in adult mice.

In his previous research, neurobiologist David McKemy had found a link between the ability to sense cold and the receptor for menthol (the ingredient that makes mint cool), a protein called TRPM8.

To test the specific function of TRPM8, McKemy and his colleagues depleted the neurons that express TRPM8 in a group of mice, and watched how they responded to low temperatures. They describe their findings in a study published in the Journal of Neuroscience this week.

The mice were allowed to roam freely on a multi-temperature surface with regions that ranged from 32 to 122 degrees Fahrenheit. While the control mice preferred to stay in the area comfortably heated to 86 degrees Fahrenheit, the mice without TRPM8 neurons didn’t mind the cold plates, even at dangerously low temperatures that should have been painful. They could still feel heat and touch, but couldn’t distinguish between cold and comfortably warm sensations.

The point of all of this isn’t to engineer a way for you to wear shorts comfortably in freezing temperatures, but to develop more nuanced pain medications. The mice couldn’t feel cold pain associated with inflammation and nerve injury, a discovery that could lead to more effective pain drugs.

Pain treatments typically either reduce inflammation or block all sensation, but by isolating the neurons that feel certain types of pain, scientists could develop medications that address discomfort without numbing the entire area.