Everybody Killed With Guns In The U.S. In 2010 [Infographic]

A new visualization tells the story of 9,595 lives cut short by violence. 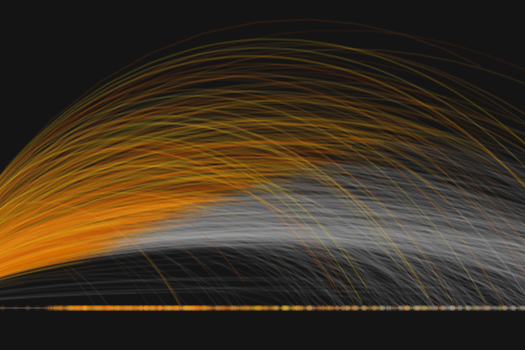 A new graphic by the data visualization firm Periscopic shows the 9,595 gun murders in the U.S. in 2010. The life of each person is represented by an arc that tells two stories. The yellow/orange section of the arc–based on data from the FBI’s Unified Crime Reports–shows the victim’s real timeline, from birth to death. The rest of the arc, shown in gray, represents an alternate version of the story; it shows how long each person might have lived if they had not been murdered. Those alternate, extended lifelines are based on data from the World Health Organization about the age distribution of U.S. deaths.

You can mouse over the arcs for annotations of both the real and alternate versions of each person’s lifespan.

To see the full version of the graphic (without scrollbars), go here.